West Hall 1 (Phoenix Convention Center)
Y. Kurihara, T. Mabuchi (Tohoku University), and T. Tokumasu (Tohoku University)
Polymer electrolyte fuel cell (PEFC) is focused as a next-generation energy conversion system because of a high efficiency and a low environmental load. In the cathodic catalyst layer, there are Pt catalysts on supported carbon microparticles, and those particles are covered with ionomer films composed of polymer electrolytes, hydronium ions and water molecules. The ionomer has two properties for the water-generating reactions in the cathodic catalyst layer: the proton conductivity and the oxygen permeability. In particular, the dependence of the oxygen permeability on water content has not been clear. 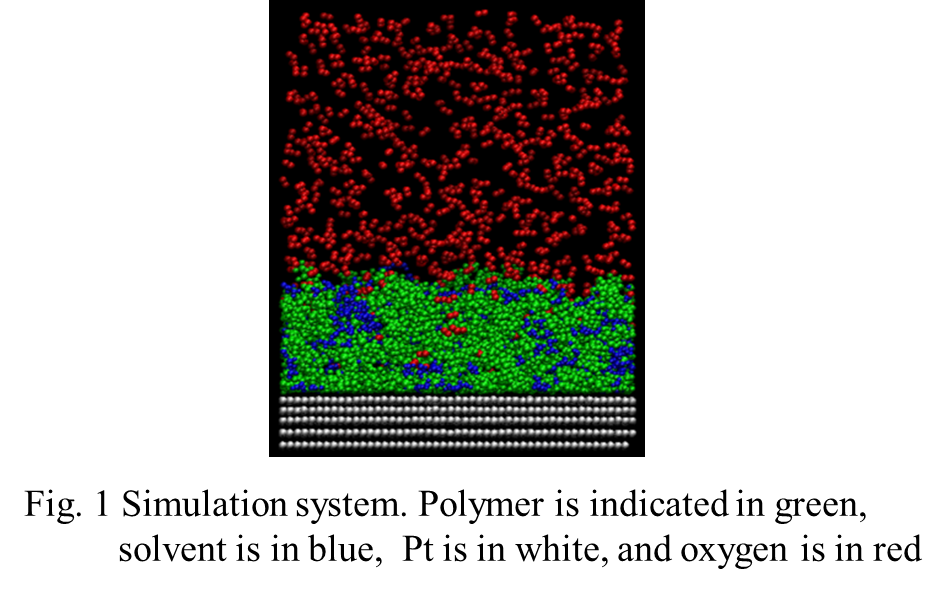