Direct formic acid fuel cells (DFAFCs) have the advantage over direct methanol fuel cells in that it is possible for formic acid to be electro-oxidized via a direct non-strongly adsorbed reaction intermediate pathway.[1] In addition to being less susceptible to fuel crossover due to anionic repulsion of the polarized formic acid dipole by the anionicly charged sulfonic groups in the proton exchange membrane (PEM).[2]  However, catalyst selection is pivotal for enhanced performance as show by the low onset of formic acid electro-oxidation in Fig 1 for bismuth decorated Pt/C catalyst layer. The bismuth at 54wt% coverage promotes the direct electro-oxidation pathway by the ‘third-body’ effect and adsorption in the CH-down orientation.

We gratefully acknowledge support of this work by the NSF-funded TN_SCORE program, NSF EPS-1004083, under Thrust 2 and the Center for Manufacturing Research at Tennessee Tech University. 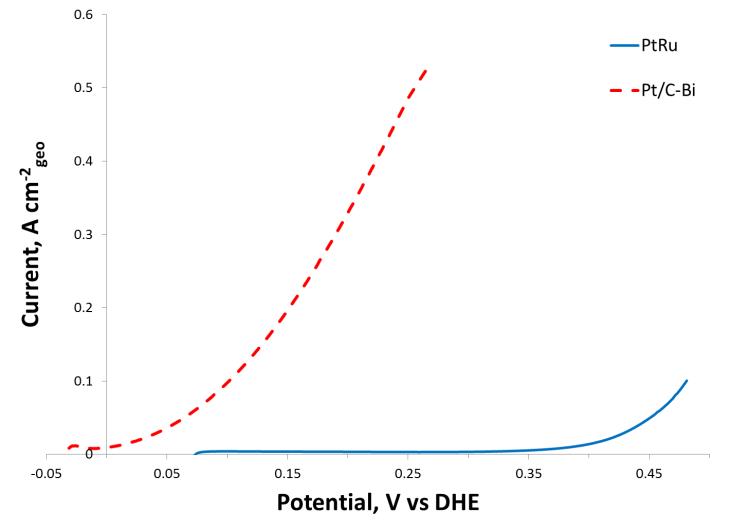