The half-cells were composed with LiFePO4cathode and lithium metal as anode. The mixed electrolyte included DIL, 0.5m lithium salt(LiTFSI), and sulfolane as additive to reduce viscosity and increasing conductivity. At high discharging rate, the specific capacity of the cell with ether bridged DIL showed significantly better performance than the other without ether bridged structure. For example, at 3C rate, the cell with [IMOI] mixed electrolyte showed a specific capacitor of 130mAh/g, but the one with [IMCI] had 88mAh/g only. 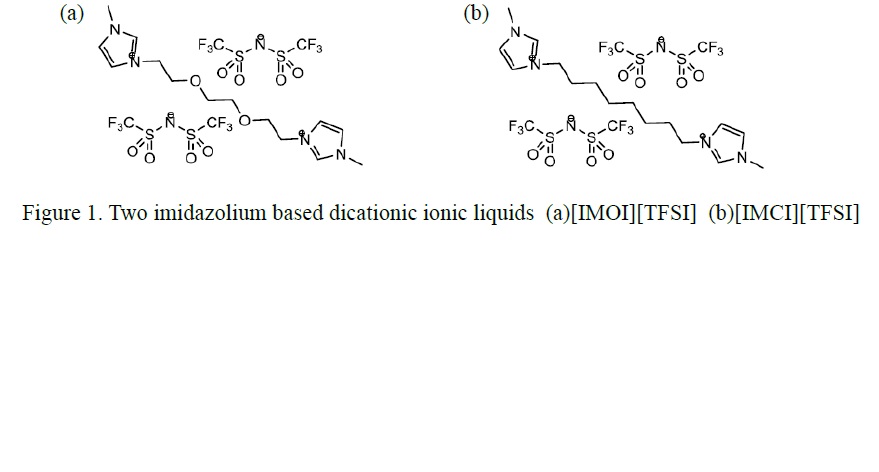