Trafalgar (Hilton New Orleans Riverside)
N. U. Huynh (San Diego State University), N. Yamada, H. Furukawa (Yamagata University), G. Youssef, A. Khosla, and S. Kassegne (San Diego State University)
One of the fundamental investigations on neural interfaces for stimulation of damaged and innervated areas of the brain is focused on microelectrode arrays (MEAs). Most notably are micromachined devices of platinum electrodes insulated between polyimide, a flexible and patternable polymer.(1) Electrochemical impedance and cyclic voltammetry (CV) testings have shown that metal electrodes degrade and delaminate after only 2500 cycles whereas glassy carbon electrodes are robust enough to withstand 250,000 cycles. (2) Atomic force microscopy (AFM) images, as shown in figures 1(a) and 1(b), were obtained to compare the two types of electrodes and analysis has shown that glassy carbon electrodes have a much smoother surface topography than that of platinum electrodes. Other studies have confirmed that increased surface roughness decreases circuit yield. (3) We submit that if the metal deposition process is optimized to produce a less granular surface of the platinum electrodes, then the electrochemical performance of these MEAs should improve. In order to test this concept, devices will be fabricated under four different sputtering conditions where two parameters will be modified: the vacuum pressure and the distance between the target and substrate. The control MEAs will be fabricated at a pressure of 0.01 mbar (~7.5 mTorr) and a distance of ~10 cm. The next two sets of devices will have the same distance as the control but the pressure will be reduced by 25% and 50%. For the last condition the vacuum will be kept at 0.01 mbar and the distance will decrease to 5 cm. After which the surface morphology of the different platinum films will be studied using AFM and the circuit resistance will be tested electrochemically in a three electrode cell. 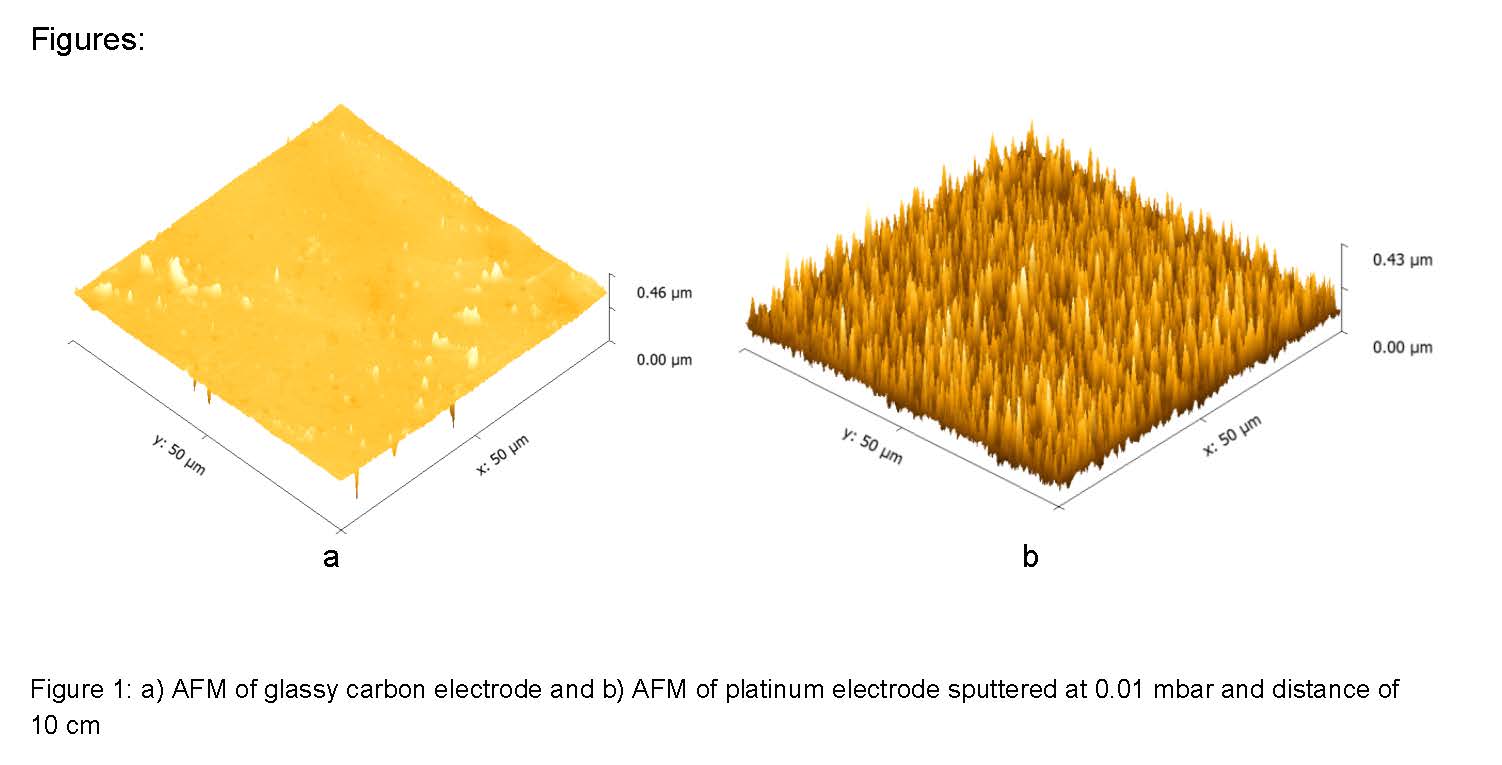