Churchill A1 (Hilton New Orleans Riverside)
S. M. Holmes (The University of Manchester), P. Balakrishnan (University of Manchester), M. Perez Page, B. Ozdincer, and S. Al Batty (The University of Manchester)
The barrier and electrical properties of graphene and graphene oxide have been well documented with significant discussion around their efficacy as additives in low temperature PEM fuel cells. Graphene oxide has been demonstrated to be an ionic conductor but impermeable to dry gases and electrons. Graphene is an excellent in-plane electronic conductor but impermeable to all species apart from protons through the plane.

Reduced Graphene Oxide and boron and nitrogen doped RGO has been added to/replaced the carbon in the microporous layer adjacent to the cathode catalyst and provides enhanced fuel cell performance (up to 84% improvement in power density) due to greater electrical conductivity.

Graphene Oxide (GO) has been added to the Nafion binding layer in a Direct Methanol Fuel Cell (DMFC) providing additional tortuosity and hence reduced methanol permeability, the optimisation of the GO loading has led to superior performance(up to 50% improvement in power density) when compared to a standard DMFC.

The addition of CVD graphene (above 50oC) and hBN (at all temperatures) into the MEA has demonstrated no change in proton conductivity but lower fuel permeability [1], supporting the hypothesis of CVD graphene as a proton conductor and again increasing the power density achievable (30% in the initial experiment) by a DMFC. Figure 1 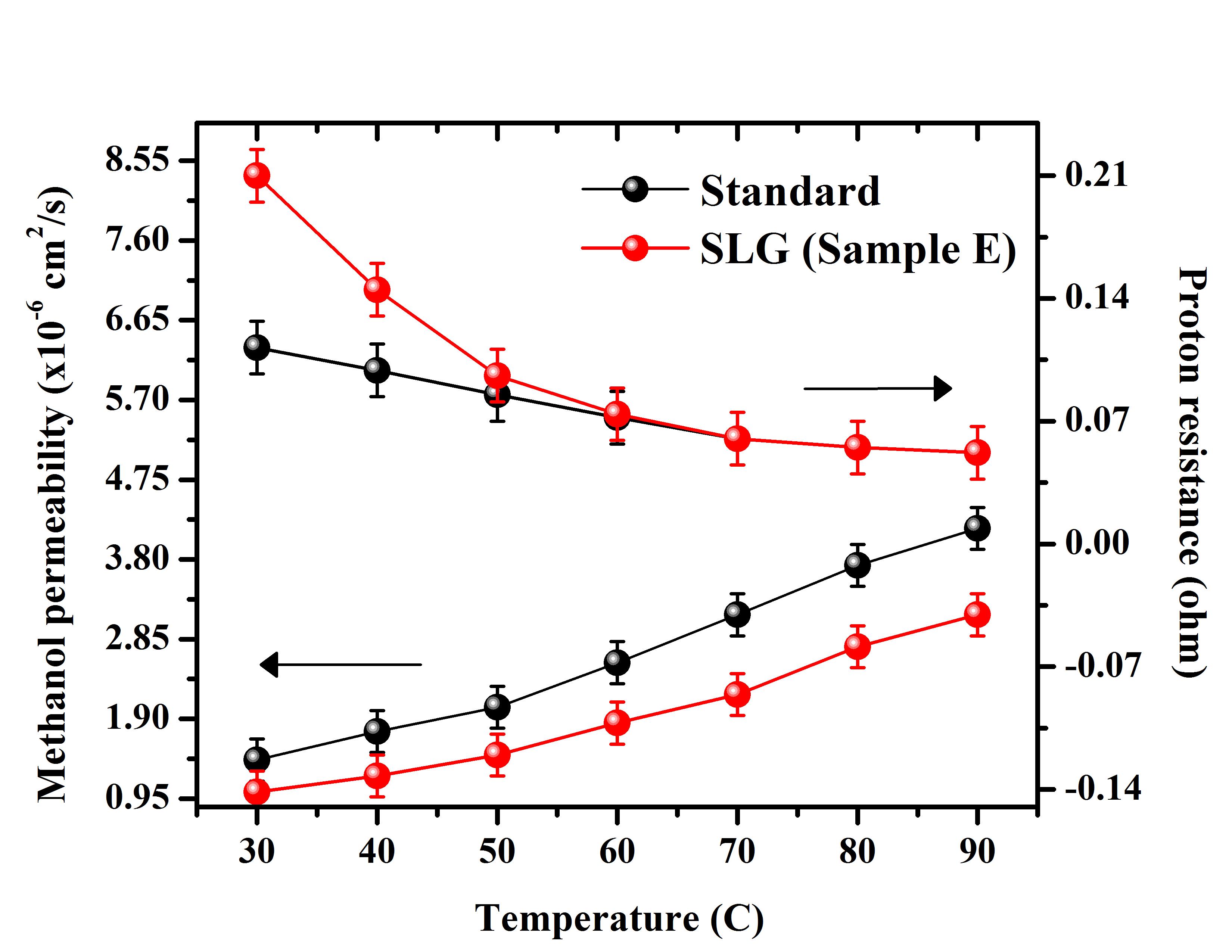