However, there are several challenging issues for the development of Li-O2 batteries. First, the large polarization of an oxygen electrode observed during charging should be improved by developing appropriate catalysts. Second, Li dendrite growth leads to poor cycle performance and safety. Third, stable electrolytes against both superoxide radicals and Li metal should be introduced. Many electrolytes are easily decomposed by nucleophilic attack of superoxide radicals, forming lithium alkyl carbonates such as Li2CO33-5. In this respect, high donor number solvents such as N,N-dimethylacetamide (DMA) are appropriate for Li-O2 batteries because they are chemically and electrochemically stable against superoxide radicals. However, most high donor number solvents cannot be used as electrolytes because they are known to be decomposed with Li metal6-8. Therefore, Li metal protection should be demanded to use high donor number solvents for Li-O2batteries. Many efforts have been made to protect Li metal, leading to improved electrochemical performance. However, many problems still remain unsolved. 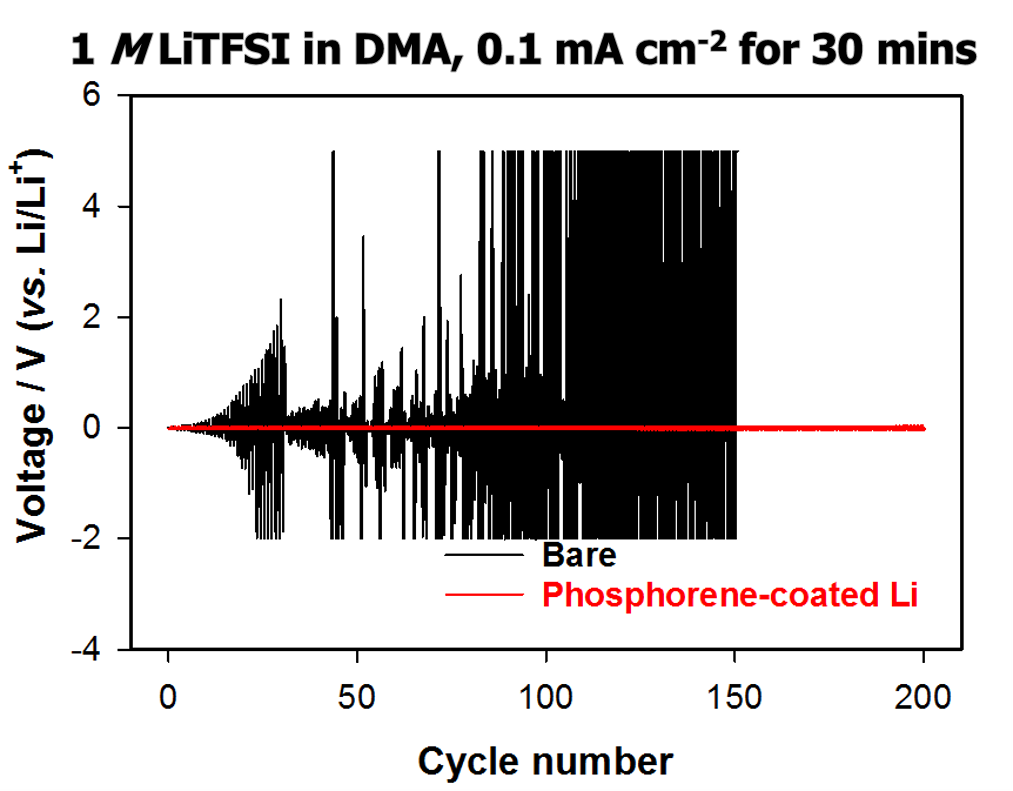