Grand Salon C - Section 13 (Hilton New Orleans Riverside)
D. Walker, E. Thai, T. Higgwe, and T. H. Yu (California State University, Long Beach)
With increasing need for batteries and energy storage, sodium batteries are of increasing demand. Lithium batteries are very popular but focus is being placed on sodium due to its higher abundance and subsequently, its lower cost.  The human body also has a higher threshold for ingesting sodium than lithium as a nutrient, making it more biocompatible in ingestible battery1. The main focus of the study is to improve the electrolyte2,3. We test the electrolyte in a coin cell battery with sodium metal as the anode and the cathode.

We look at the overpotential to gauge the effectiveness of the electrolytes by cycling symmetrical Na/Na cells. An example of the cycling with EC/PC/DEC and NaClO4 electrolyte is shown in the below Figure 1. 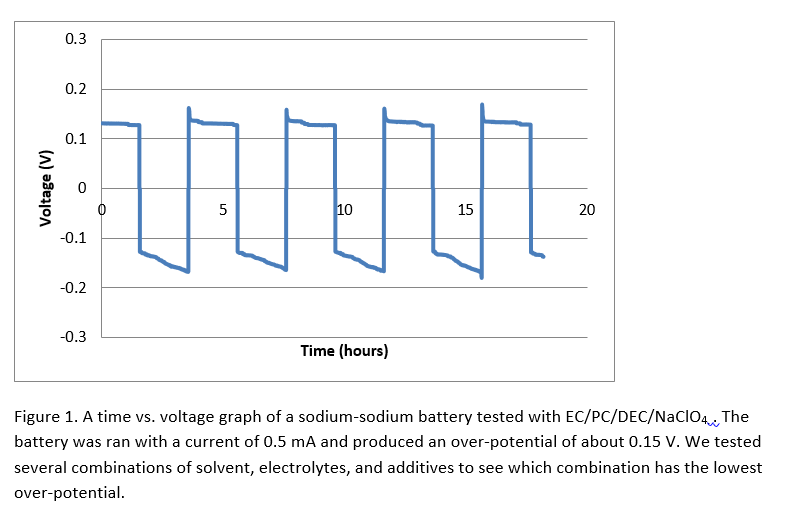