Bisdiazonium compounds (2Dz) are newly synthesized and we find that the local-f-SWNTs using 2Dz (SWNT/2Dz) shows new red-shifted PL.[4] Namely, the emission peak appears at 1256 nm which is remarkably red-shifted than those of pristine SWNTs (985 nm) and mono-functionalized SWNTs (SWNT/1Dz, 1129 nm), as shown in Figure. It is considered that the chemical modification using 2Dz provides an emissive site with a narrower band gap on the SWNTs owing to local dissociation of a degenerate energy band through modification-induced symmetry breaking of the SWNT. Moreover, wavelengths of the new PL are changed with dependence of the methylene linker length of 2Dz.

Other structural factors for PL modulation of local-f-SWNTs will be presented at the meeting. 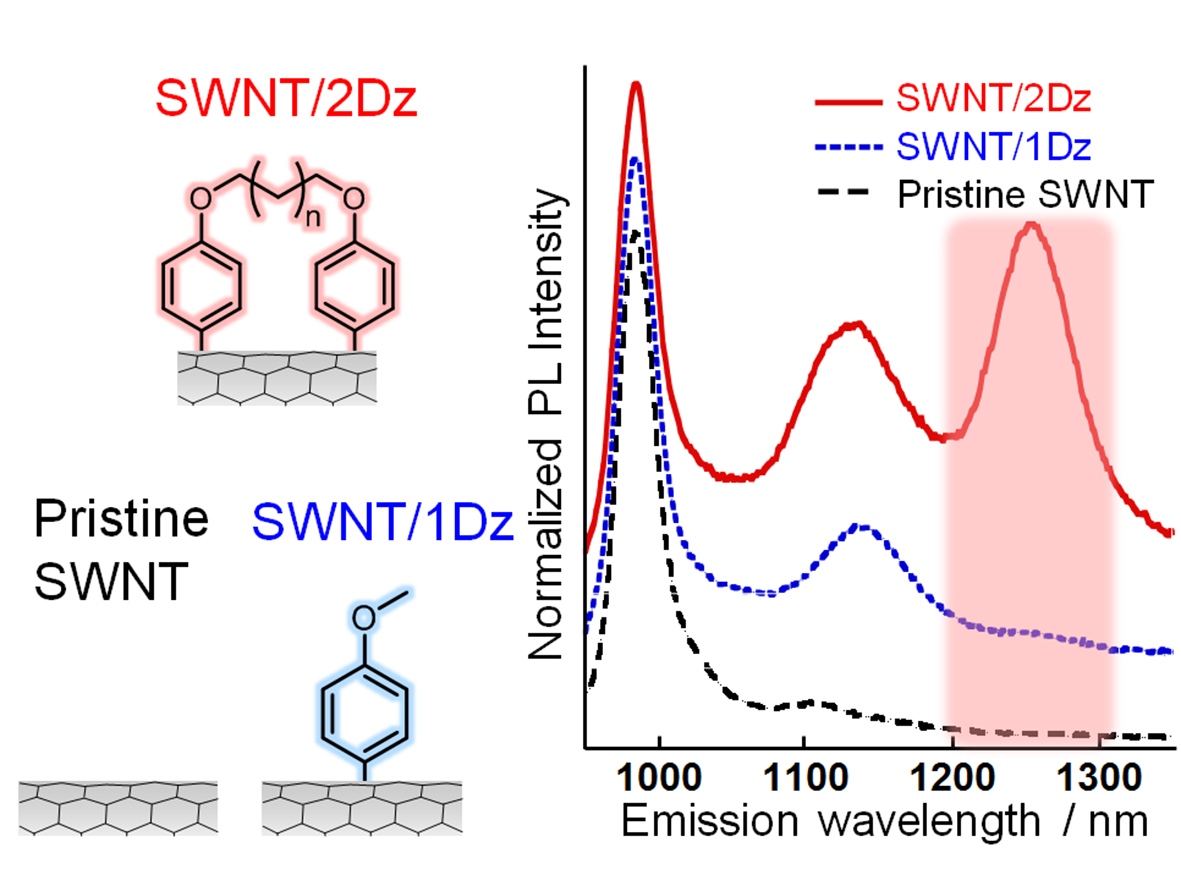