Our previous work [2] focused on the synthesis and electrochemical characterization of glucose-derived hard carbon negative electrodes for sodium-ion batteries. Unfortunately, the tested electrochemical half-cell showed high capacity fade during cycling. At the time, we thought it was due to material’s spherical morphology (Fig. 1a). But when we substituted the previously used electrolyte (1M NaClO4 in PC) with 1M NaPF6 in PC:EC (9:1) capacity fade was significantly reduced. The discharge capacity for the 100th discharge cycle was only 177 mAh g-1 when using NaClO4 in PC, but remained at 267 mAh g-1 when using NaPF6 in PC:EC (9:1) (Fig. 1d - e).

The results of full cell testing with NVP-type cathode [3] will also be discussed. 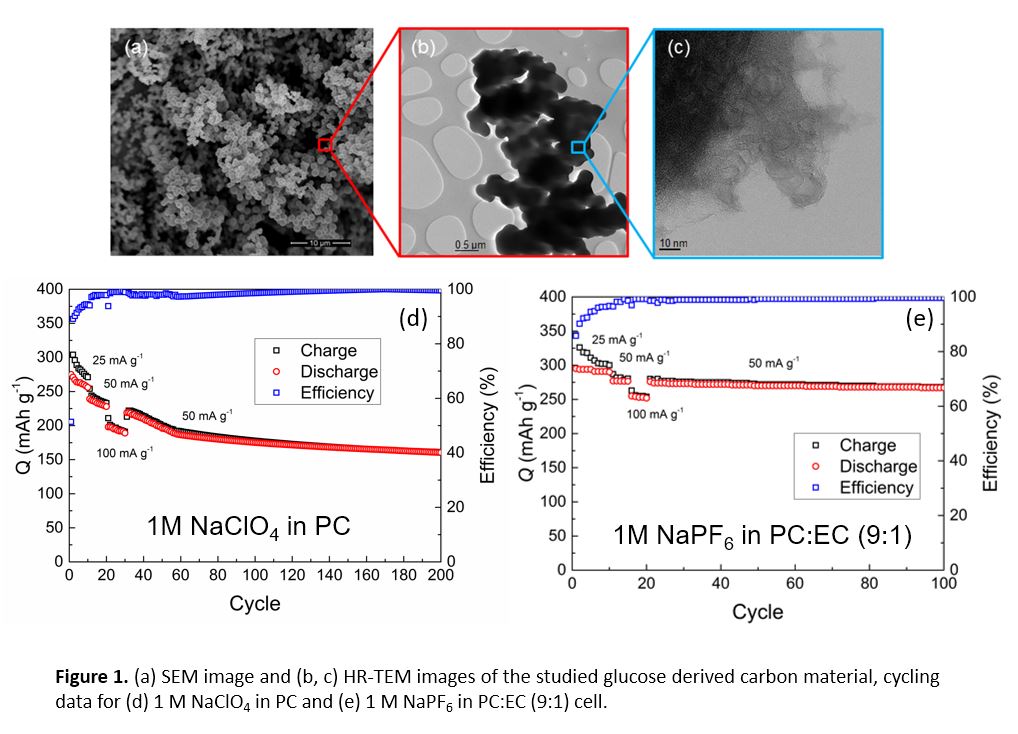