Grand Salon D - Section 24 (Hilton New Orleans Riverside)
H. Wen, M. Karulkar, and A. Drews (Ford Motor Company)
Silicon has been targeted as an anode material that can deliver higher capacity for lithium ion batteries than current prevailing graphite. One strategy to minimize the detrimental effects of volume expansion during lithiation of silicon is to use a limited amount of silicon in combination with graphite. Even in these cases, however, cell volume expansion is a key concern when considering battery packaging for applications like electric vehicles, where cells are cycled over a wide state-of-charge window and packaged energy density is critical to delivering long range. The first step towards understanding the implications of expansion to cell design and packaging is to characterize the volume expansion of silicon-containing cells during use. 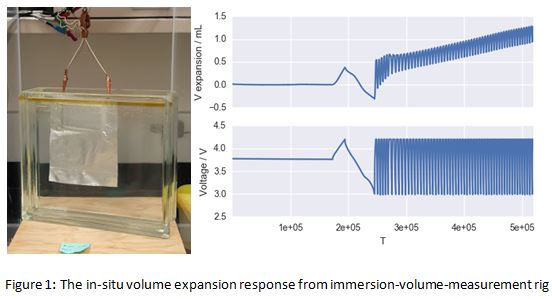