The O2•− generation was measured in THP-1 cells (cell lines of myeloid leukemia patients) under the effect of differentiation inducer phorbol 12-myristate 13-acetate (PMA) in the absence and presence of exogenous addition 0.1 wt% Triton X at 25°C at a cell density of 3.0 × 106 cells/well. Triton X is known to permeabilize the membranes of living cells. The results obtained showed no considerable changes in reduction currents for O2•− under the effect of inducer (PMA). However, the addition of Triton-X showed a fast increase in oxidation current for O2•− by about approximately 2 nA followed by a gradual drop which continued for a time span of more than 3 hours. We further investigated the effects of inhibitors for the activity of NADPH oxidase that catalytically produce ROS; apocynin were selected as inhibitors of NADPH oxidase [2].

The production of O2•−of real-time monitoring of NADPH oxidase inhibitory effect of PMA induced THP-1 cells using iron-porphyrin modified carbon electrode were detected by amperometory. The results shown in Fig.2 suggests that amperometory is mainly derived from the O2•−,whose expression is induced by NADPH oxidase. 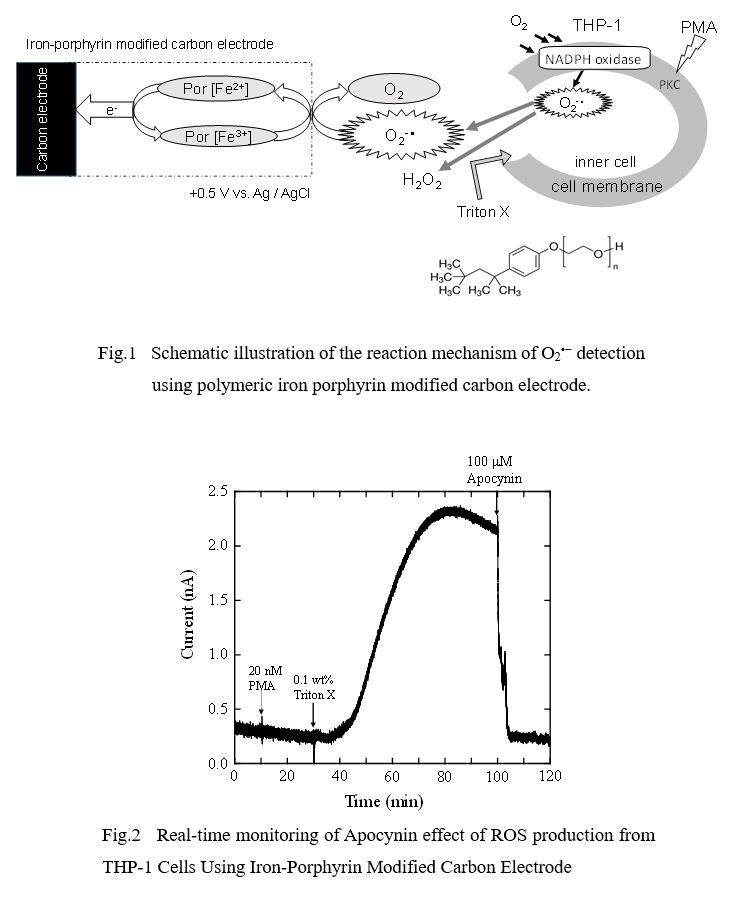