Camellia 2 (Gaylord National Resort and Convention Center)
T. Aoyama, I. Muto, Y. Sugawara, and N. Hara (Department of Materials Science, Tohoku University)
Once crevice corrosion is initiated on stainless steels in chloride environments, the hydrolysis of dissolved metal ions causes severe acidification inside the crevice, and Cl- ions migrate into the crevice from the bulk solution. This electromigration of Cl- ions promotes subsequent active dissolution inside the crevice. Therefore, neutralization of the pH inside the crevice is expected to be the predominant factor affecting the repassivation of crevice corrosion.To clarify the repassivation behavior of crevice corrosion, in situ observations were performed, and the quantitative relationship between current values and corrosion morphology was analyzed. In addition, to elucidate the effect of the solution composition on the repassivation behavior, an electrochemical flow cell was used. In this study, the effect of NO3- ions on the repassivation behavior of Type 316L stainless steel was investigated. 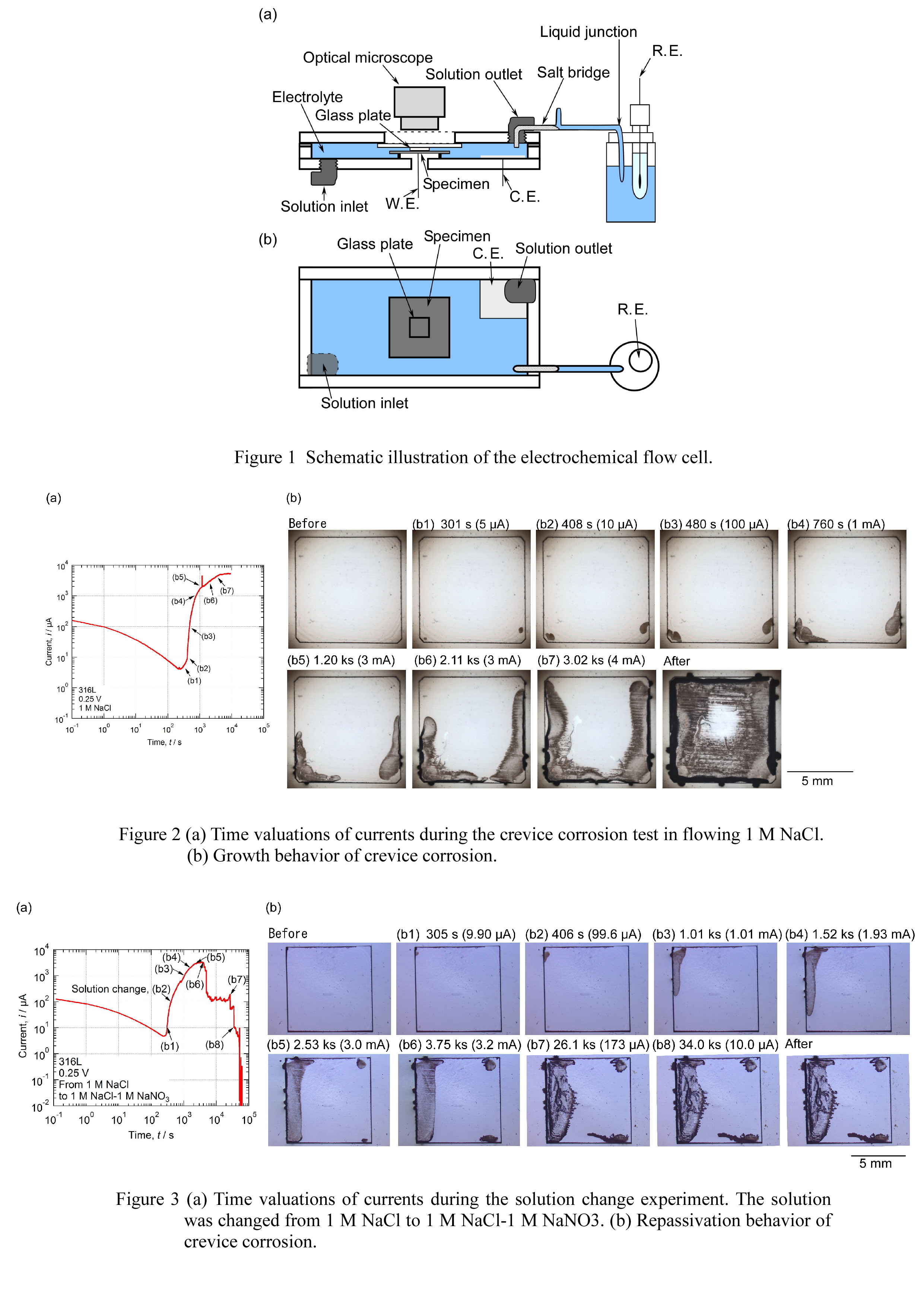