Prince George's Exhibit Hall D/E (Gaylord National Resort and Convention Center)
Y. H. Hong (Deprtment of Chemistry, Xiamen University, China), Z. Y. Zhou, M. Zhan (Xiamen University), Y. C. Wang (Chem. Depart., Xiamen University), and S. G. Sun (Department of Chemistry, Xiamen University)
On-line electrochemical mass spectrometry (OEMS) is a powerful analytic tool for electrochemical reactions. To prevent water into ultra-high vacuum, the inlet of mass spectrometer needs to be covered by a hydrophobic film, which makes it to detect only gaseous and volatile species. Herein, we developed a new OEMS technique based on differential vacuum liquid introduction system through a capillary, so that low-volatile species can be detected effectively. Due to small size of the capillary, the MS technique can in-operando monitor the working status of different components of fuel cells by changing the positions of the capillary. We detected ethanol, acetaldehyde, and acetic acid from a direct ethanol fuel cell, and found significant difference in their concentrations when the sampling inlet capillary was inserted into catalyst layer or flow field. The result on catalyst layer shows that about 0.3M ethanol in catalyst layer was used, half was converted into acetic acid, the other half was acetaldehyde. However, when we positioned the sampling capillary into graphite flow field outlet. The generated acetic acid was detected at concentration ~0.86 mM at 45 mA cm-2. This great difference in concentration in catalyst layer or into flow field indicates the mass transfer is not good of the MEA and the serpentine flow field. In addition, we observed considerable O2 crossover from cathode to anode to chemically oxidize ethanol into acetic acid, thus lead to ethanol waste and formation of mixed potential. 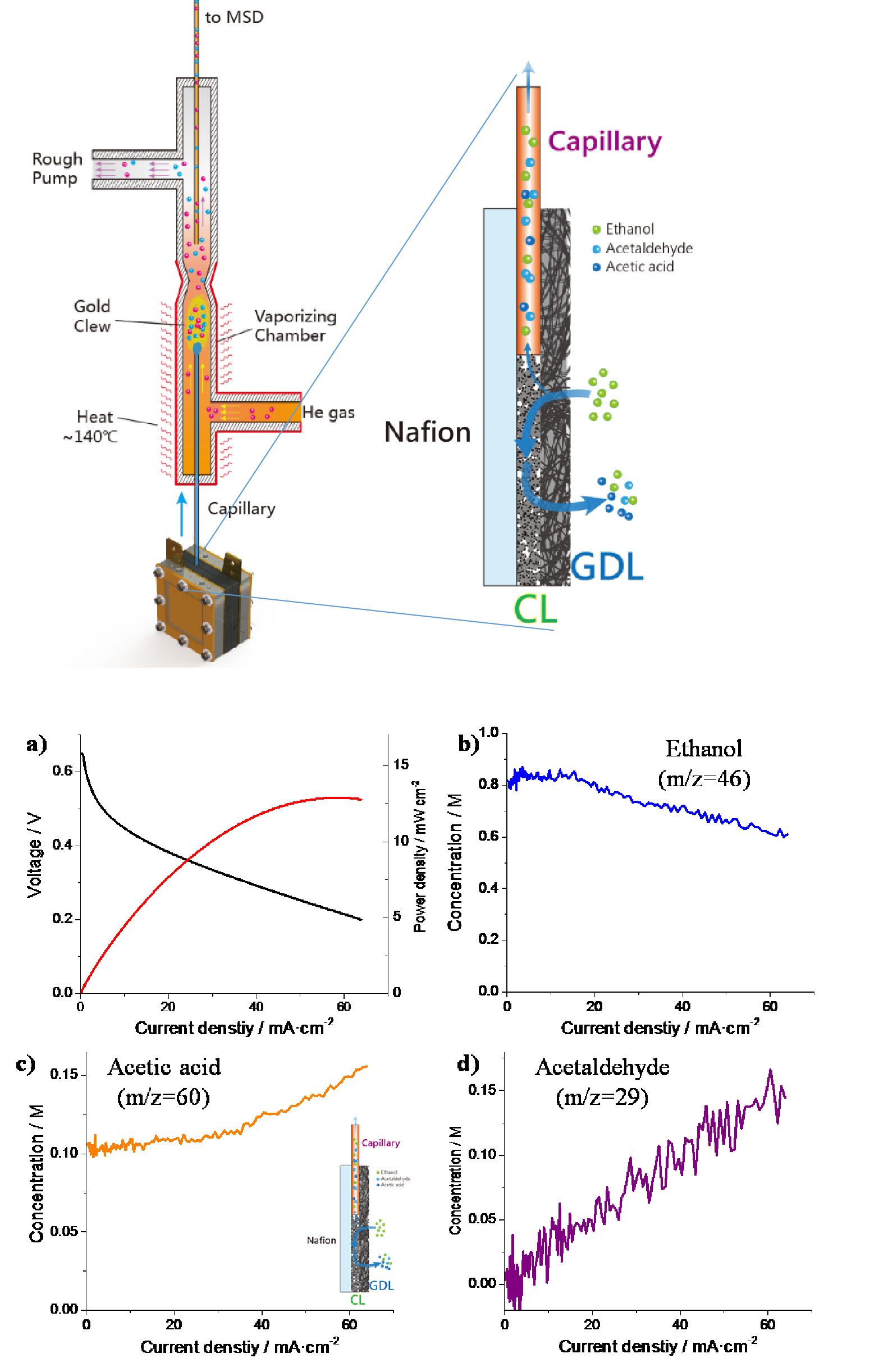