Prince George's Exhibit Hall D/E (Gaylord National Resort and Convention Center)
T. Sato, Y. Sugawara, I. Muto, and N. Hara (Department of Materials Science, Tohoku University)
It is well known that the susceptibility of hydrogen embrittlement of steels increases with increasing their strength. Because hydrogen induces the delayed fracture of high-strength steels, the usage of the steels is restricted. Hydrogen entry into the steel occurs due to the cathodic reaction of atmospheric corrosions, and it is strongly affected by non-uniformity of steel surfaces. Thus, it is important to clarify the distribution of hydrogen entry into steels. However, it is difficult to observe the distribution of hydrogen entry into steels under atmospheric corrosion conditions.

RGB-values in the region A shown in Fig. 1(a) and (b) are measured to evaluate the time dependence of the color change of TiO2 quantitatively. The time dependence of RGB-value changes of TiO2 in the region A is shown in Figure. 1(d). The RGB-values of the TiO2 thin film drastically decreased in the period from 0.5 to 3 hours after the start of the hydrogen permeation test. After that, the RGB-values approached to the constant values. The B-value showed the largest change among the RGB-values, and the B-value is suitable for the evaluation of the absorbed hydrogen detection by TiO2. 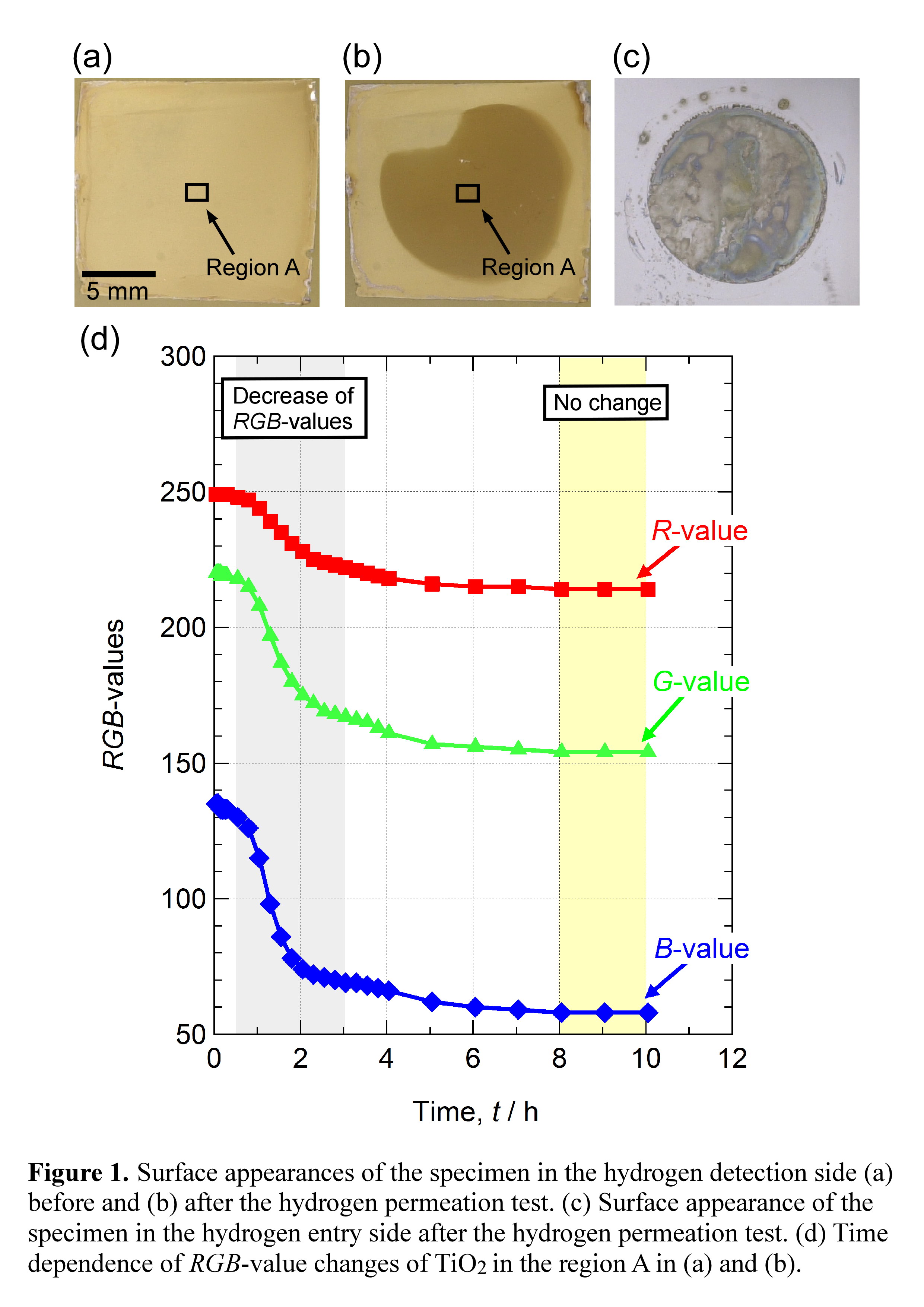