Chesapeake H (Gaylord National Resort and Convention Center)
D. Wu and S. Brankovic (University of Houston)
Electrodeposition represents the ambient temperature process offering the opportunity to grow many heteroepitaxial metal overlayers while preserving the integrity of their interface. In recent years, significant progress has been made in understanding the kinetic aspects controlling the growth modes in electrodeposition [[i],[ii],[iii]]. The improved understanding has led to various discoveries in which the growth kinetics was manipulated to enhance the evolution of atomically flat epitaxial overlayers [[iv],[v],[vi]]. Exploiting some of these results has led to development of several new methods and protocols for electrodeposition of heteroepitaxial thin films assisted by UPD monolayer serving as a mediator, surfactant or sacrificial template. [[vii],[viii],[ix],[x]].

In this talk we will briefly review the progress in the electrochemical thin film growth assisted by UPD ML. Our focus is examining the epitaxial growth of Cu on Ru(0001) assisted by Pb UPD ML serving as a surfactant. Cu and Ru represent the overlayer/substrate system which has significant epitaxial strain (-5.5%). This fact together with room temperature growth conditions favor a 3D growth. However, (Figure 1), with convenient use of Pb UPD ML serving as surfactant, a 2D growth of Cu on Ru is induced. In situ STM study indicates that Pb significantly enhances mobility of Cu thus improving inter- and intra-layer transport which leads to evolution of flat epitaxial Cu deposit. An uncommon for Cu growth at room temperature, a surface evolution was characterized by step flow indicating significantly reduced barrier for adatom step-down process. XPS study indicates that amount of Pb in Cu deposit is a function of the solution design and experiment control. Characterization of 2D Cu overlayers indicates that their quality is comparable to MBE grown films which qualifies our approach as relevant for many high-tech applications. Our results also re-confirm the fact that Pb UPD ML-assisted electrochemical growth could be used to produce smooth 2D films of various metal overlayers even in situations where both thermodynamics and kinetics conditions do not favor positive outcome. 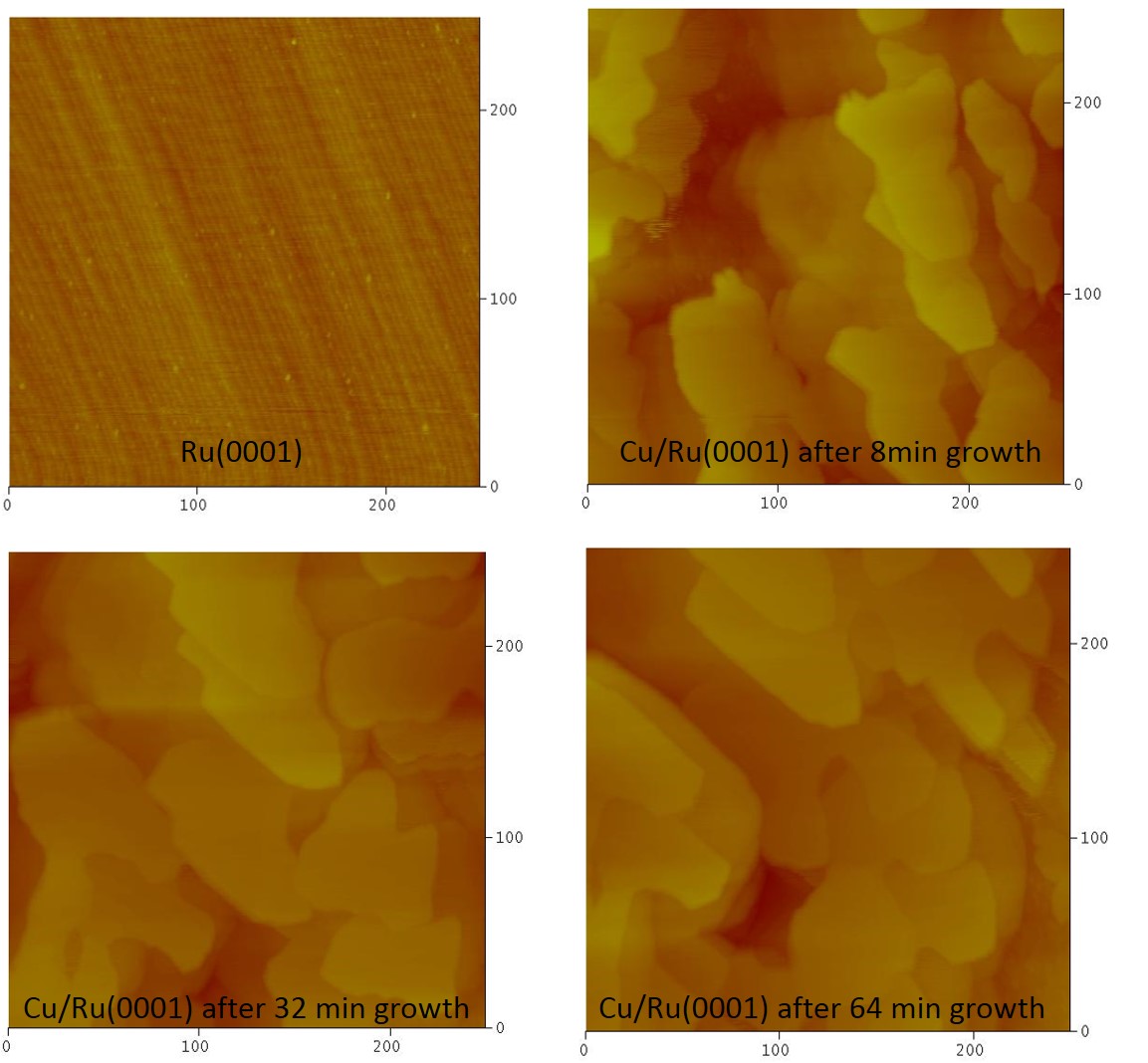