In this work, we study two original anode materials: antimony Sb and bismuth Bi. In a first step, the study was focused on half cell composed of Sb or Bi versus lithium metal with LiPON as electrolyte. Thin film materials exhibit two large plateaus around 1V (Fig.1) which were previously reported for bulk materials [4-5]. Bi and Sb thin films also exhibit good electrochemical performance (capacity retention upon cycling and high C-rate, etc.). Materials were then integrated in full cell configuration: LiCoO2/LiPON/Sb or Bi to develop 3V-microbatteries. The main difficulty in Li-ion configuration is to obtain the good cathode/anode capacity balance. At first, a theoretical study was done to determine the influence of under- or over-balance. Afterwards, in the first realized systems, a low initial capacity and a large capacity loss are observed, mainly due to the poor LiPON/anode interface (Fig.2). Good cycling results were then obtained with an improvement of this anode/electrolyte interface (Fig.3). This system exhibits specific capacity close to the LiCoO2 vs Li one and the lower 3V potential needed for microelectronics application. This lithium-ion system can also tolerate short-circuit without any degradation of active materials and be heated beyond the solder reflow temperature (260°C) due to the absence of metallic lithium.

The authors thank EnSO project for financial support. EnSO has been accepted for funding within the Electronic Components and Systems For European Leadership Joint Undertaking in collaboration with the European Union's H2020 Framework Program (H2020/2014-2020) and National Authorities, under grant agreement n° 692482. 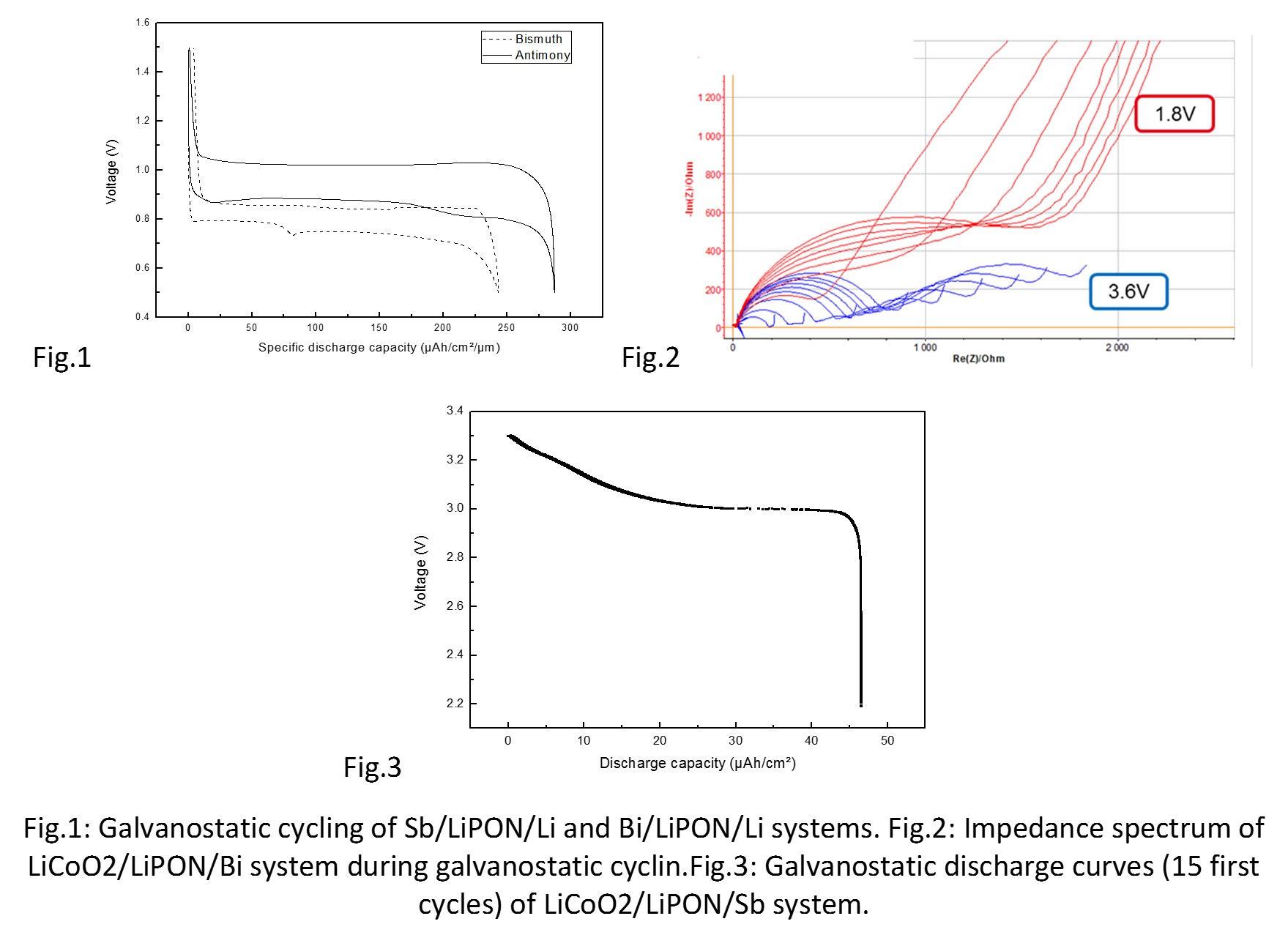