446
On the Stability of Interphases in Na Batteries

Maryland A (Gaylord National Resort and Convention Center)
A. Ponrouch (ALISTORE-ERI), R. Dugas, D. Iermakova (ICMAB-CSIC), and M. R. Palacin (ALISTORE-ERI)
Lithium metal anodes are widely used as counter (or also reference) electrodes in the so termed half cell tests, used mostly at laboratory scale within the battery research community. These are intended to assess the electrochemical performance of a given compound as either positive or negative electrode material for Lithium ion batteries in a simple way, avoiding the assembly of full cells in which electrode balancing can severely affect performance.

The reliability of extrapolating such half cell testing results to potential performance in full cells is linked to the stability of the Solid Electrolyte Interphase (SEI) typically formed on the surface of lithium metal anodes as a result of electrolyte degradation reactions. Reliability and representativity of analogous half test cells in Sodium ion battery research has been generally taken for granted.

In this context, the aim of our work was to perform a comparative study of the composition, morphology and stability of the SEI formed on lithium and sodium with state-of-the art electrolytes. The impact of the use of Li or Na counterelectrodes in half cell configuration when testing hard carbon electrodes was also investigated. Our results clearly point at the existence of significant differences which cast some doubts on the representativity of half-cell tests and call to exercise care in the extrapolation of their results.1,2 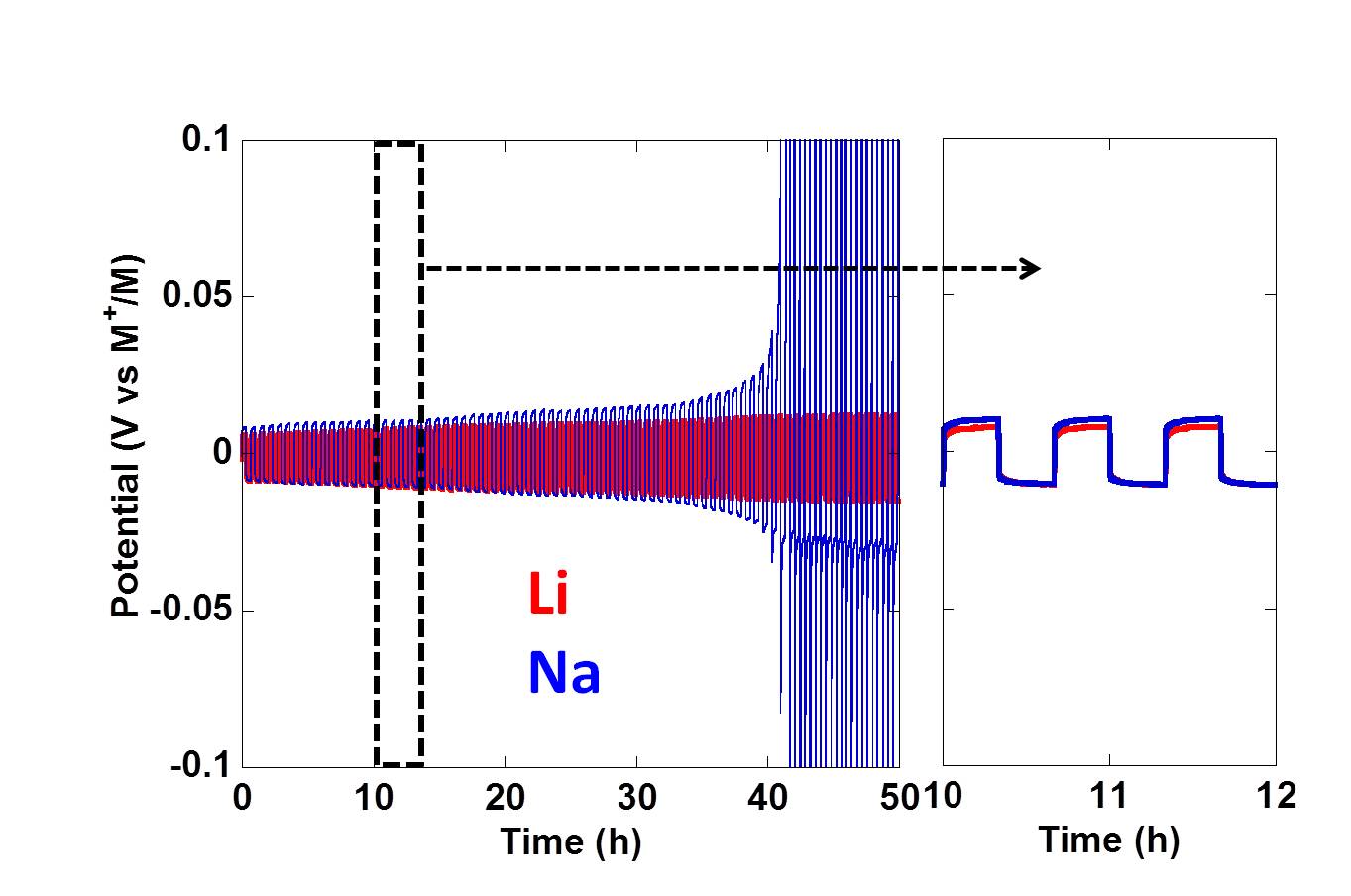