When lithium-ion cells are operated outside of their stable working limits (i.e. voltage, rate, temperature), they can fail catastrophically. This catastrophic failure is termed thermal runaway, and stems from a combination of gas generation mechanisms and heat generation within the cell. If sufficient gas builds up within the cell, the cell can vent gases and electrolyte into the surrounding atmosphere, either through a machined vent or due to rupture of the casing. In the worst case scenario, the released vent products can ignite and propagate to adjacent cells or systems. While gas generation mechanisms are generally understood [1-6], the majority of research focuses on gases released after the cell fails. Studying real-time gas generation in lithium-ion cells opens up avenues for developing prognostic models to enable failure avoidance strategies.

In our work, we have developed a methodology for monitoring internal cell pressure in large-format (>30 Ah) cylindrical lithium-ion cells. The cells are punctured to enable direct measurement of the gas pressure without impacting cell performance. Furthermore, sampling of the gas prior to catastrophic failure is possible. Gas generation is induced by overcharging the cell at a constant C-rate (C/2) until failure occurs inside of an abusive test box designed for handling large battery failure events. Figure 1 illustrates the pressure rise in the cell throughout an overcharge event. The cell is initially pressurized due to gas generation during the life cycle of the cell, and remains constant for the preliminary portion of overcharge. Once the cell’s voltage peaks and begins to decrease, the pressure starts to rise quickly. The pressure continues to rise until a gas sample is collected just prior to failure. This process has been repeated for multiple cells with similar results, demonstrating a repeatable experimental setup that can shed insight into the evolution of gas within a large-format commercial lithium-ion cell. This has practical applications for developing failure mitigation strategies and analyzing design through physics-based battery modeling. This paper will detail the experimental setup, in-situ measurements of gas pressure during overcharge, and preliminary gas analysis. 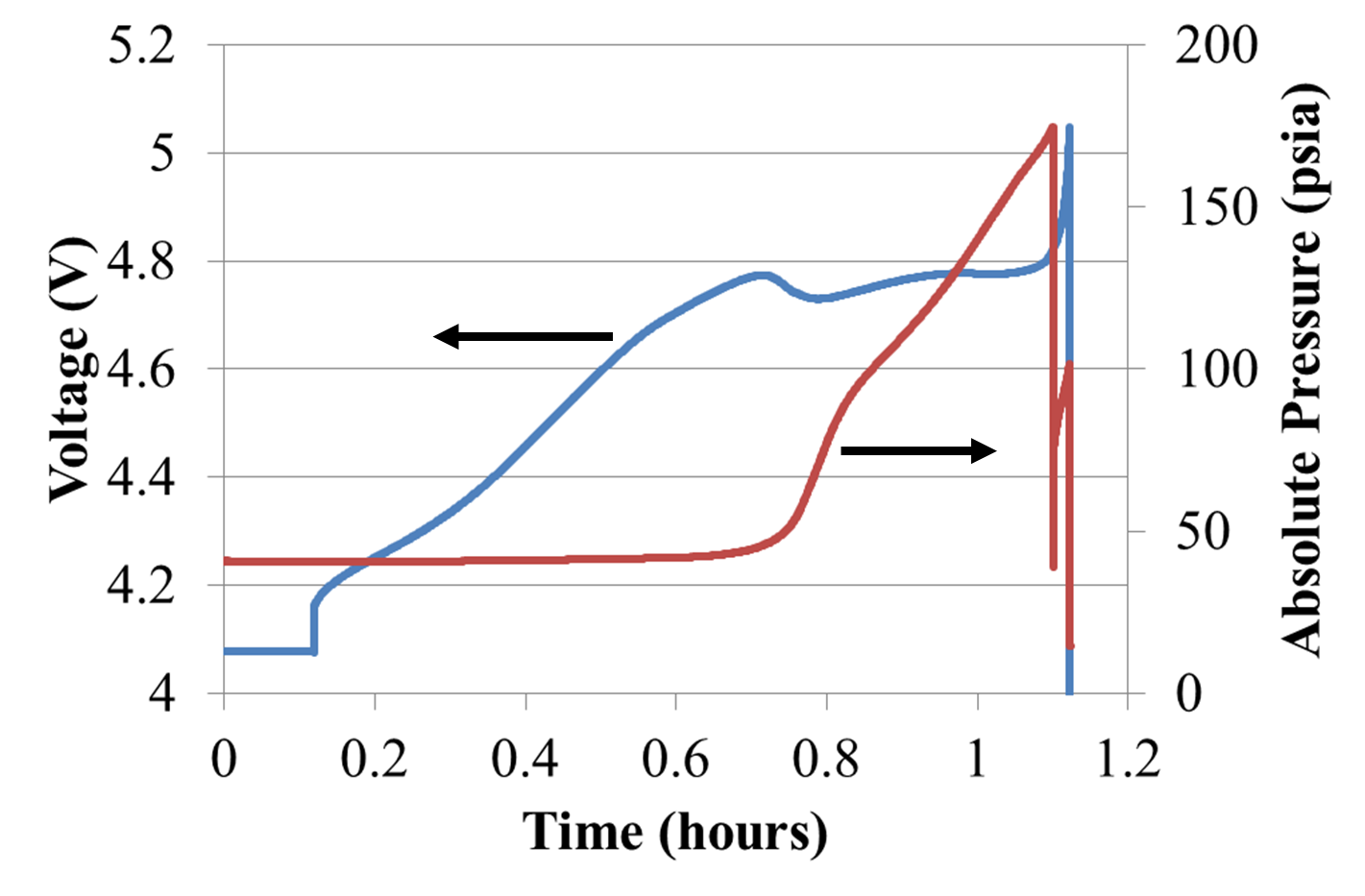