National Harbor 10 (Gaylord National Resort and Convention Center)
C. G. Arges and V. M. Palakkal (Louisiana State University)
The energy-water nexus, a 21st century challenge, represents a symbiotic relationship as it takes a lot of energy to purify water and a significant amount of water is needed to produce energy. Prudent manage of these precious resources is paramount for a sustainable planet. Today, numerous industrial processes, such as thermal electric power plants, consume 40% of fresh water withdrawals within the United States.1 Industry demand is often met by treating brackish water streams, which are about 5,000 ppm in total dissolved salts (TDS), and the current annual energy consumption in the U.S. amounts to 2.7x1011 kWh annually. Based on thermodynamic analysis constrained to a 50% minimal water recovery, today’s state-of-the-art for water desalination of brackish water streams is 20% efficient. Improving the efficiency from 20% to 30% could amount to a savings of $4 billion dollars worth of electricity annually in the U.S. and a reduction of energy needs by 20 GW. One technology capable of providing low energy water desalination of brackish water streams with over 30% thermodynamic efficiency is membrane capacitive deionization (MCDI).

MCDI, an electrochemical technology, offers the enticing prospect of low energy water desalination as it can recover energy (demonstrated up to 83%)2 when discharging the saturated electrodes as a supercapacitor. Most research today has focused on porous carbon electrodes to increase MCDI capacity. However, material innovation with regard to the ion-exchange membranes used in MCDI has been neglected. Today’s MCDI currently uses electrodialysis (ED) membranes – not originally designed for MCDI. The ion-exchange membranes for ED tend to be thick as they serve as a separator in addition to an ion-conducting electrolyte in electrodialysis. In MCDI, the ion-exchange membranes do not serve as separator and they are employed to prevent co-ion adsorption to the porous carbon electrodes.

[1] D. Bauer, M. Philbrick, B. Vallario in The Water-Energy Nexus: Challenges and Opportunities, 2014. 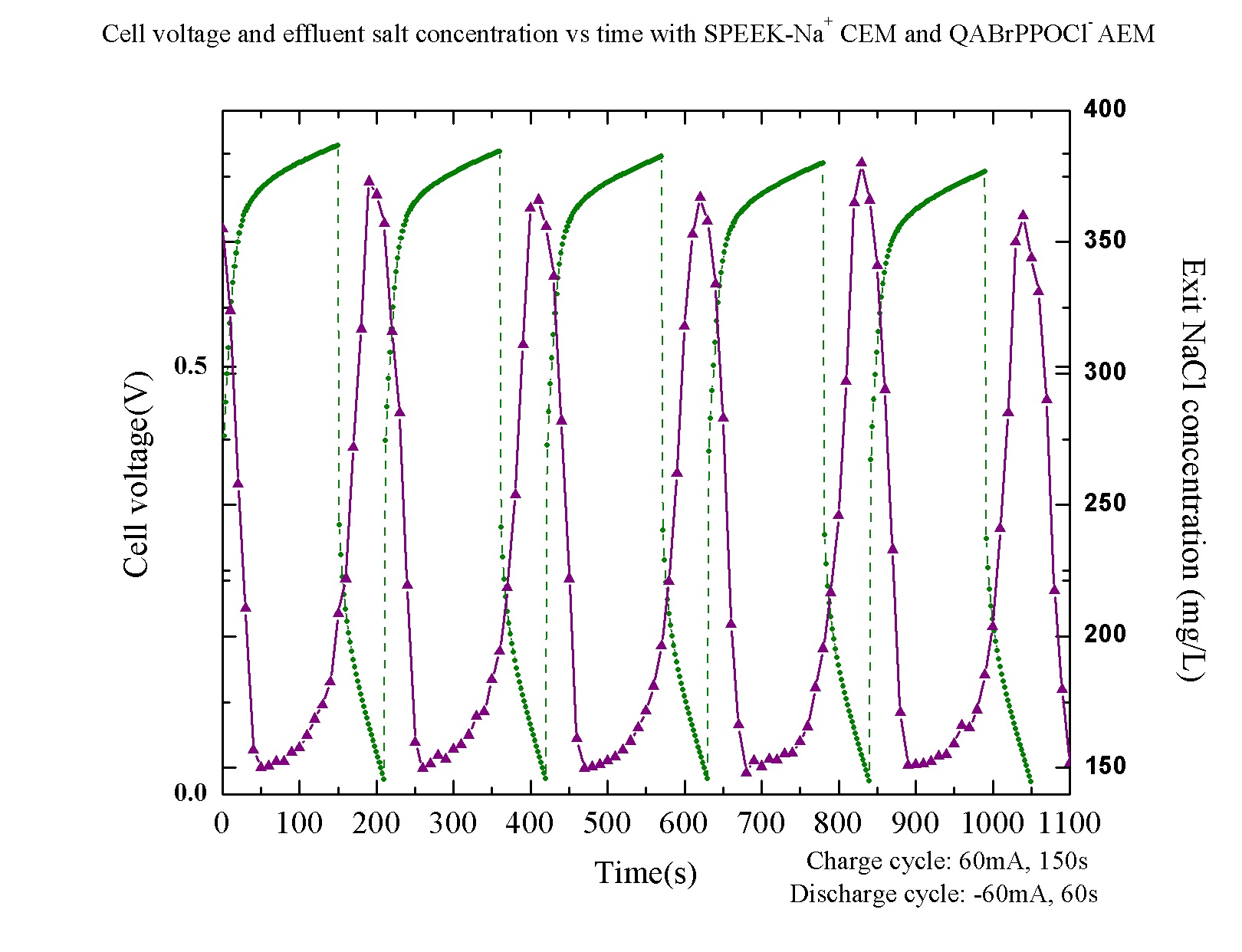