However, the poor sodium ion storage in battery electrode along with limited anionic adsorption in commercial electrode diminish the output performance of NHCs. The research on NHCs is still in a nascent stage and requires deep investigation to improve energy retention and cycle stability at high power. The kinetics in both battery and capacitor type electrodes must be synergistically improved to achieve a high energy.[2] In this work, we developed a high performing NHC with metal oxide nanoparticles embedded in graphene network as a battery electrode along with a highly mesoporous carbon derived from bio-mass precursor as a capacitor electrode. The highly favorable architecture in both the electrodes showed an enhanced capability towards ion storage (Shown in Ragone plot). A high energy retention at high power condition along with ultra-high stability have been achieved. The detailed results will be presented and discussed in detail. 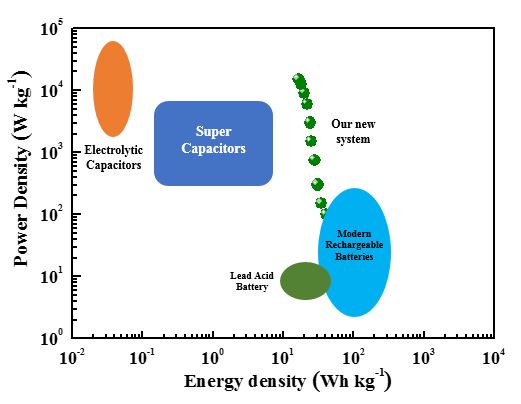