Gas flow sputtering (GFS) has the possibility for very high deposition rate because of using high density hollow cathode discharge and a large amount of sputtering gas (Ar) flow and the stability of the reactive sputtering process in the wide range of the reactive gas (O2) flow, so there is no “transition region” which should appear in the conventional reactive sputtering processes. In this study, reactive GFS was adopted to deposit amorphous WO3 films with the high EC properties with the high deposition rate. 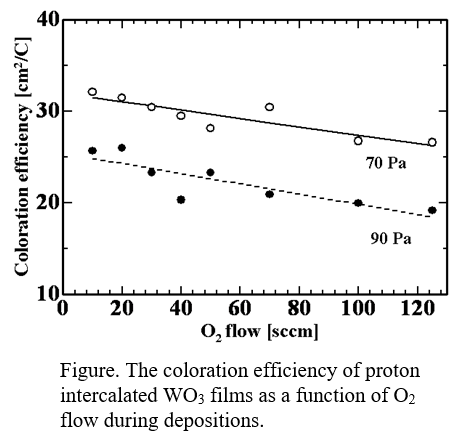