National Harbor 3 (Gaylord National Resort and Convention Center)
H. Naito, T. C. Jao, T. Yoshida, T. Sasabe, K. Kawamura, and S. Hirai (Tokyo Institute of Technology)
Because of increasing expectation of the use of PEFC, further improvement of the performance is still demanded. Since the liquid water generation and its accumulation inside the PEFC is one of the most influential phenomena for the electric generation performances, it is required to obtain knowledge about the actual liquid water distribution inside the PEFC and its generation/drainage process in order to promote the efficiency of the PEFC. Particularly, the detailed liquid water behavior at the interfaces has not been provided in spite of its large impact on the liquid water drainage performances. By using soft X-ray radiography, our laboratory has reported liquid water distribution inside the PEFC. In principle, however, the conventional cone beam type X-ray used so far has difficulty to capture the interfaces because of the widening effect of the X-ray beam. This problem can be solved by parallel type X-ray beam. In this study, we introduce a parallel beam type X-ray microscope to improve the accuracy of the interface measurement. We especially focus on the liquid water distribution at the GDL/MPL/CL/membrane interfaces.

In this study, in-plane measurement is performed to obtain two-dimensional visualization having rib/channel configuration. The visualization result operated at 30℃ cell temperature, 80% relative humidity and 0.6A/cm2 current density, is shown in fig.1. In the wide region on the cathode rib, accumulation of liquid water is observed same as reported in some other previous studies. Also, it is clearly shown that, in the CL/MPL interface of cathode side, film-like water distribution is created due to capillary pressure gap. In the presentation we will also focus on the generation/drainage process of the liquid water including intermittent behavior on the interfaces.

This work is supported by the New Energy and Industrial Technology Development Organization (NEDO) of Japan. 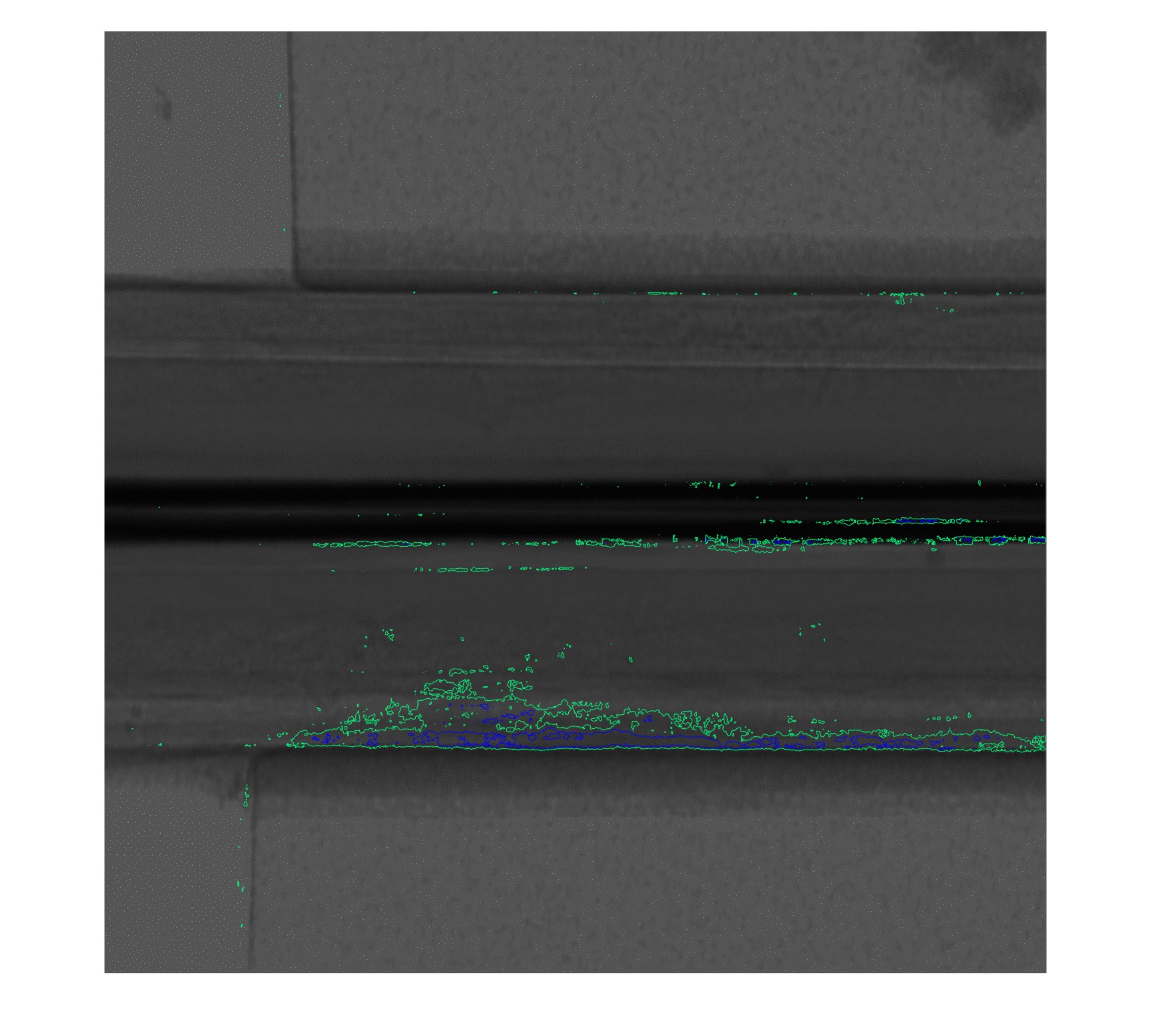