Chesapeake 12 (Gaylord National Resort and Convention Center)
T. Hoshino (Quantum and Radiological Science and Technology)
Tritium needed as a fuel for fusion reactors is produced via neutron capture by lithium-6 (6Li). However, natural Li contains only about 7.8% 6Li, and enrichment of 6Li up to 90% is required for adequate tritium breeding in fusion reactors. The mercury amalgam method is superior to some of the lithium isotope enrichment methods. In Japan, lithium isotope enrichment methods have been developed to avoid the environmental hazards of using mercury. However, the isotope separation coefficient and efficiency is too low to meet the practical need of large mass production of 6Li.

Therefore, new Li isotope separation technique using a Li ionic superconductor functioning as a Li isotope separation membrane (LISM) have been developed [1]. Li ions move by electrodialysis through LISM between the cathode and the anode in lithium solutions. Because the mobility of 6Li ions is higher than that of 7Li ions, 6Li can be enriched on the cathode side of a cell.

It has been reported that the difference in the mobility between 6Li and 7Li become large in ionic superconductor. The isotope effect in ionic superconductor is expected to be applicable to isotope separation membrane. In this research, we numerically investigated the ionic mobility of Li isotopes in ionic superconductor. Combing the first principle and the kinetics Monte Calro simulation, we calculate the diffusion constant of 6Li and 7Li. I show the two important effects for the difference in the mobility between isotope of Li. The first is the quantum effect, which decrease the diffusion barrier for Li ion and increase the ratio of the diffusion constant of Li isotopes. The second is the correlation effect between 6Li, 7Li and vacancy. 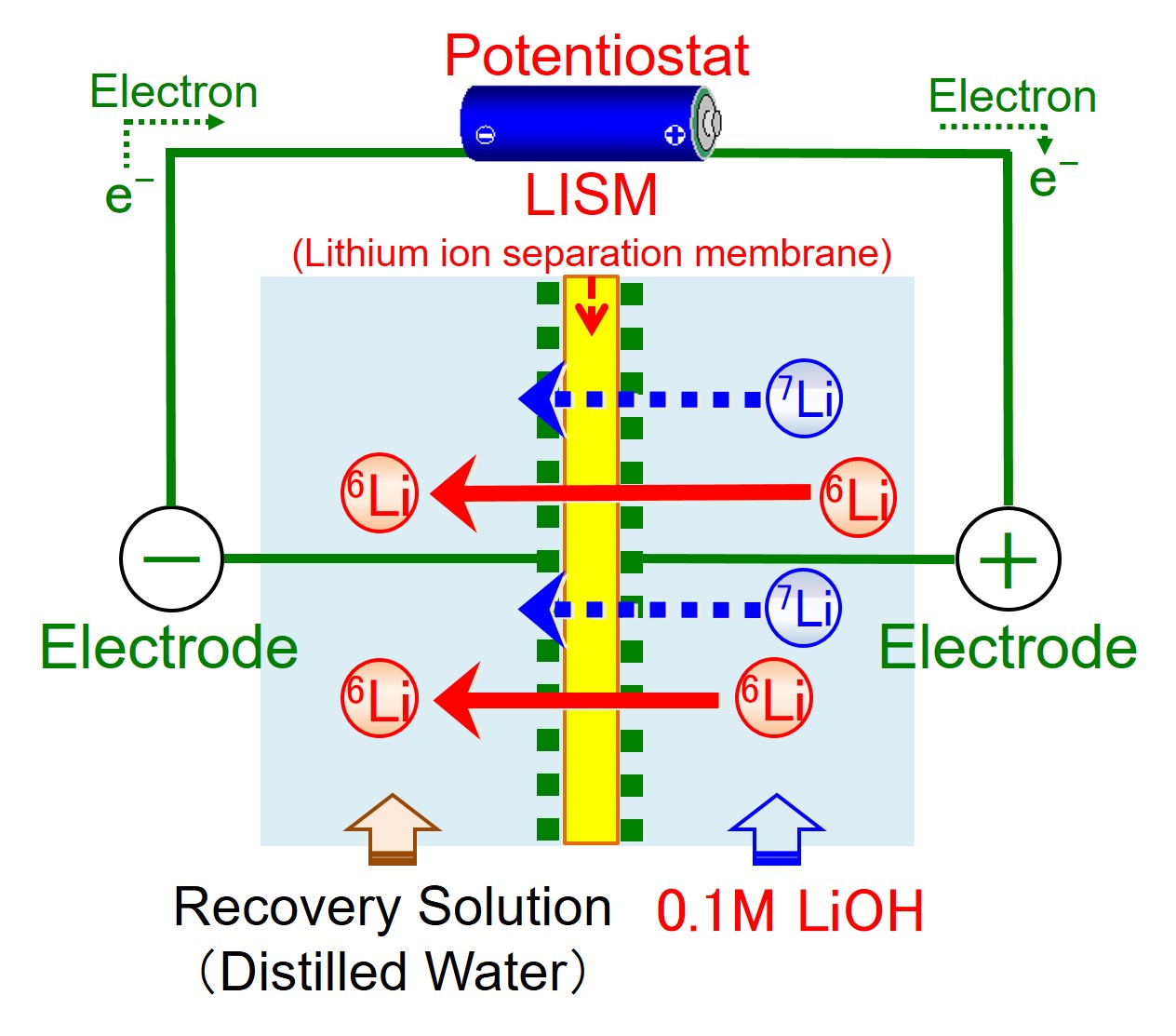