Thus, in this project, the growth of lithium metal filled cracks through four types of solid electrolytes, glassy Li2S-P2S5 (LPS), β-Li3PS4­, polycrystalline and single crystal Li6La3ZrTaO12 (LLZTO), was studied using galvanostatic electrodeposition experiments coupled with in-situ and ex-situ microscopy. An electrochemomechanical model for growth of lithium-filled cracks was developed. For current densities up to 5 mA/cm2, only the as-fractured surface of glassy LPS exhibits lithium metal deposition at the surface alone, without penetration of the solid electrolyte. All other surfaces of the LPS and LLZTO samples studied had observable defects, the maximum initial sizes of which were characterized. Electrodeposition of lithium at these surfaces is accompanied by the filling, and then propagation, of lithium metal filled cracks. The experiments and model suggest that above a critical current density, the Li plating overpotentials, and corresponding mechanical stresses, reach values sufficiently large to propagate pre-existing surface defects. The results can be summarized, Figure 1, as a plot of the overpotential and corresponding mechanical stress necessary to extend a pre-existing sharp crack as a function of the crack length, for materials parameters suitable to LPS and LLZO. The prevailing failure mechanism in brittle solid electrolytes is Griffith-like, and differs from the amplification of kinetic perturbations at the metal interface that results in dendrite growth in liquid electrolytes. The results show that the shear-modulus criterion proposed by Monroe and Newman [4,5] for prevention of dendrites is not the determining factor for the high modulus, brittle inorganic electrolytes studied here. We suggest that stabilization of inorganic solid electrolyte interfaces against lithium metal penetration will require scrupulous attention to minimize interfacial defects. 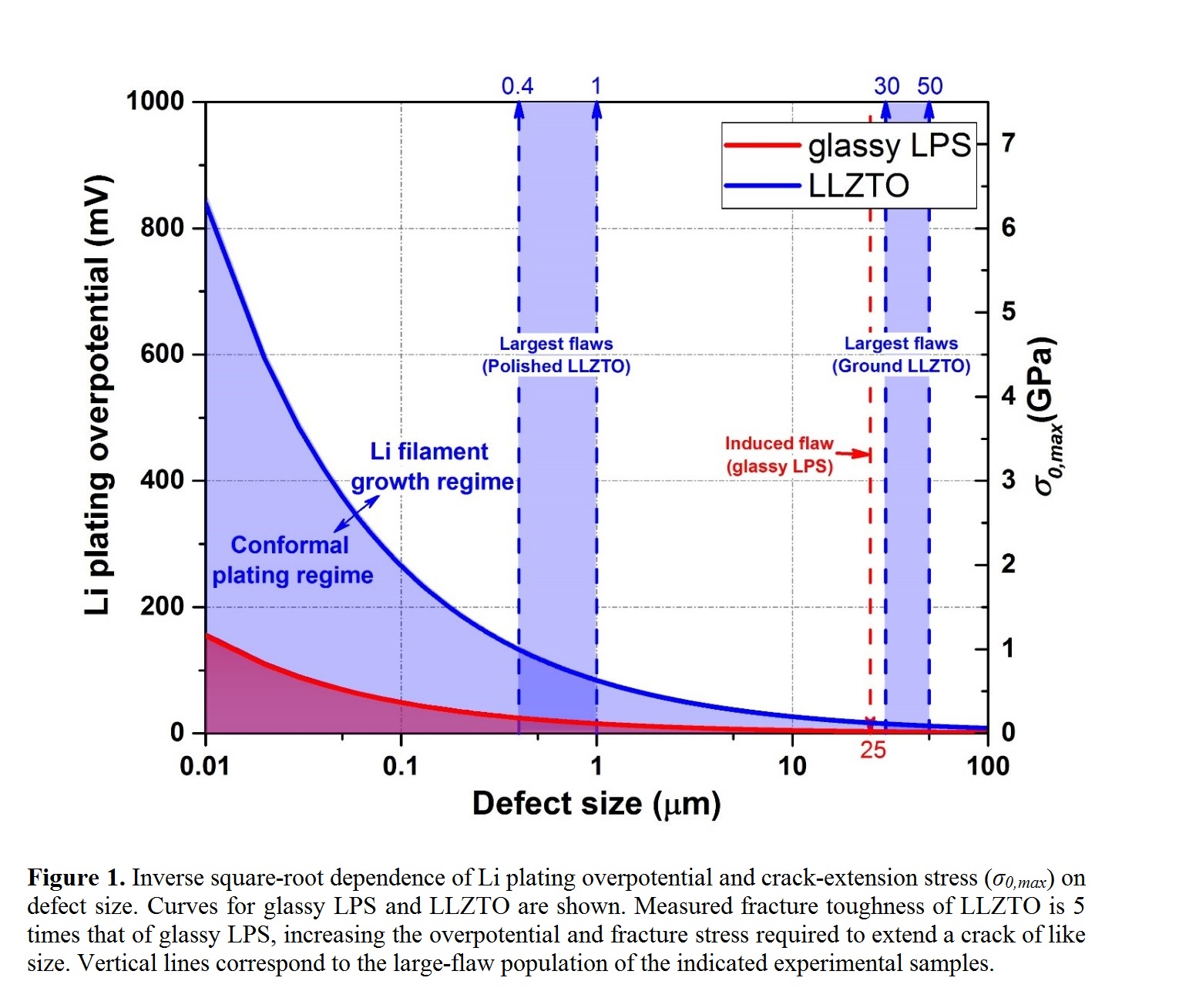