National Harbor 4 (Gaylord National Resort and Convention Center)
D. Jeong (Chonnam national university) and S. Jung (Chonnam National University)
Redox flow batteries (RFBs) as enery storage system are getting much public attention because their power and capacity can be configured independently with relatively low capital investment compared to other types of batteries. All vanadium redox flow battery (VRFB) has an additional advantage of low maintenance cost. In detail, becasue positve and negative electrode of a VRFB share the same active material (vanadium), contaminated electrolyte due to vanadium crossover through membrane can be recycled by rebalancing process. Electrolyte contamination in a VRFB is mainly caused by the amount of vanadium and water crossover through the membrane, which causes capacity decay and power loss accompanied by additional maintenance cost during VRFB operation.

The vanadium crossover is controlled by diffusion, migration, and convection across the membrane. It was reported that the following side reactions occur when vanadium ions move to the counter electrode side (1):

It is also known that the water transfer through the membrane is controlled by three mechanisms as follows (2):

The above vanadium and water transfer through membrane strongly denpends on the physico-chemical properties of the membrane. In this study, we aim to elucidate crossover phenomenon and its consequence in a VRFB by taking computational apporach with a physics-based multi-dimensional VRFB model that has capability of simulating complex species transfer mechanisms. Further, we analyze the cause and effect of each crossover mechanism according to the different types of membranes such as anion exchange membrane, cation exchange membrane, and micro-porous separator. We conclude our study by suggesting electrolyte rebalancing strategies for each type of membrane. 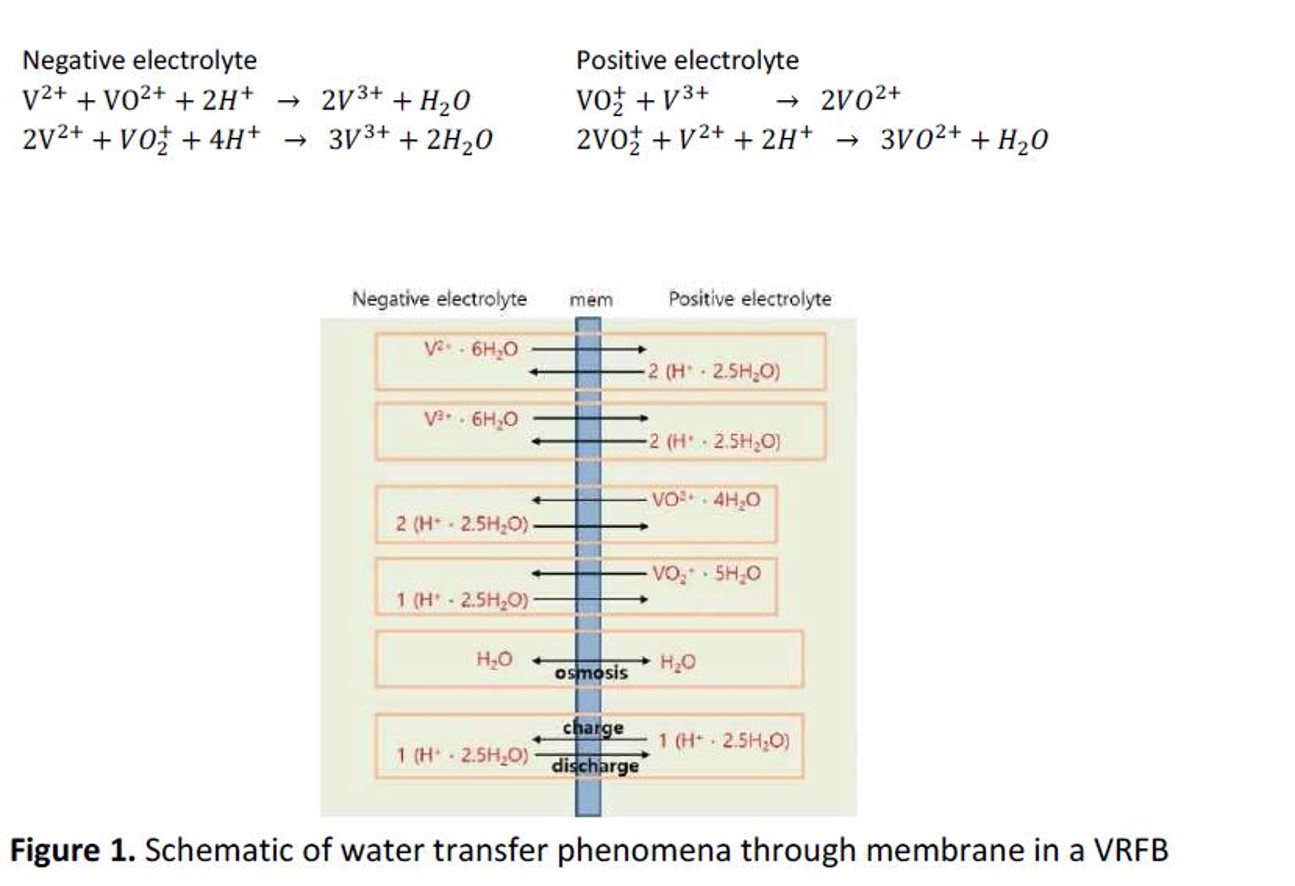