National Harbor 5 (Gaylord National Resort and Convention Center)
I. U. Haque (University of Engineering and Technology Lahore Pakistan)
Simulation of a potential step experiment of an electrochemical system in an infinite solution using explicit method [1] was done. Listing of program in Fortran was compiled using shareware program FORCE 2.0 FORTRAN compiler and editor [2]. Plot of potential step experiment for Z/Zc vs. X for L/n from above mentioned listing is shown.

Simulations done by transliterating Fortran [3] into Turbo Pascal will also be discussed. Symbols are as per [3]. 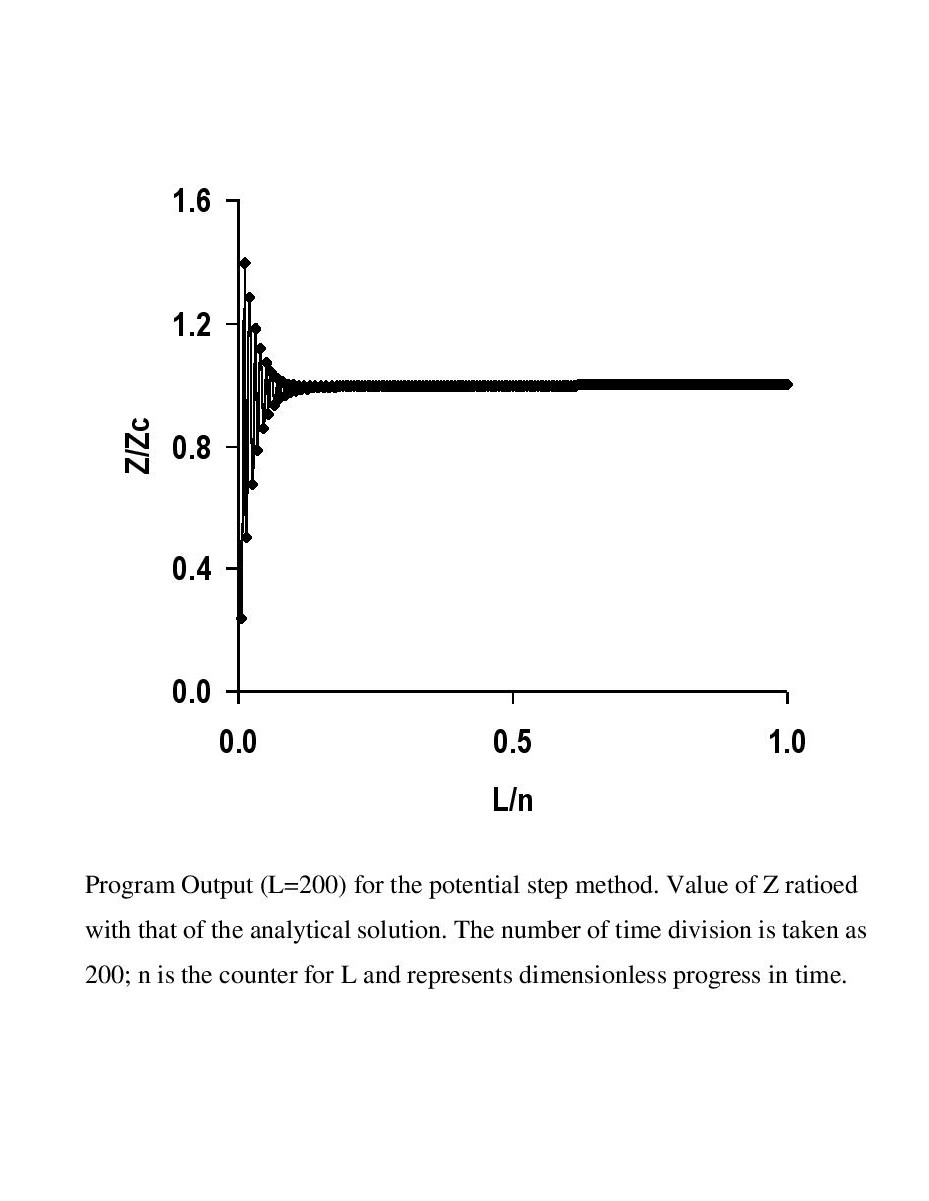