Because solid oxide fuel cells (SOFCs) operate at high temperature, there is a possibility that various fuels can be used directly with high efficiency. In the future, along with spreading renewable energy, the power sources which can compensate for unstable power supply is needed. However, typical SOFCs need a certain residence time of fuel to change the power with keeping fuel utilization and thus it is difficult to have a quick response to electric demand. Electrode degradation by deposited carbon is also a challenging issue when hydrocarbons are used as fuel directly. We have been developed Pulse jet-solid oxide fuel cell (PJ-SOFC) to achieve the efficient operation at steep changes of the power and improve the tolerance for carbon deposition[1], however, the performance at steep output power variation have not been investigated yet. In PJ-SOFCs, as shown in Fig.1, a small amount of liquid fuel is supplied via pulse jet injection. PJ-SOFC can use not only liquid fuel which is injected to the anode, but also hydrogen, lower hydrocarbons, and deposited carbon generated by the decomposition of liquid fuel. PJ-SOFCs can be a promising device which can use various energy carriers of hydrocarbon originated by renewable energy. PJ-SOFC will realize the steep output power variation keeping high fuel utilization by the quick control of gas composition above fuel electrode because several micro-litter of liquid fuel is supplied at controlled frequency using a via pulse jet injector. Thus PJ-SOFC can also be expected as a high efficient mobile power source for transportation. The high power density, high fuel utilization, and the high tolerance for carbon deposition will be realized by the quick control of operating conditions, such as the current density (j), the supplied amount in a single pulse (PJvol), and the fuel supply interval time (Tint).

Anode degradation can be prevented by the electrochemical and chemical removing reactions of deposited carbon which can be enhanced by adjusting the anode potential connecting the lower terminal voltage. However, anode degradation can be caused by Ni oxidation which can be also induced by the lower terminal voltage[2]. Therefore, the degradation characteristics of PJ-SOFCs should be clarified under steep change of the power to keep the efficiency. In this study, the degradation rates of PJ-SOFCs operated at the steep output power variation with keeping the fuel utilization were investigated. Furthermore, the performance of PJ-SOFCs with Ni/YSZ and Ni/GDC was compared evaluating the degradation rate quantitatively. Finally, we demonstrated PJ-SOFCs under steep output power variation with high power density and fuel utilization.

The fuel utilization (Ufuel) was calculated as the ratio of the actual number of generated electrons to theoretical shifting electrons assuming the perfect utilization of supplied fuel. The characteristics of PJ-SOFCs under steep output power variation with Ni/YSZ anode and Ni/GDC anode were investigated at a constant (Ufuel) by controlling the amount of a pulse injection (PJvol) and interval time between the injections (Tint). 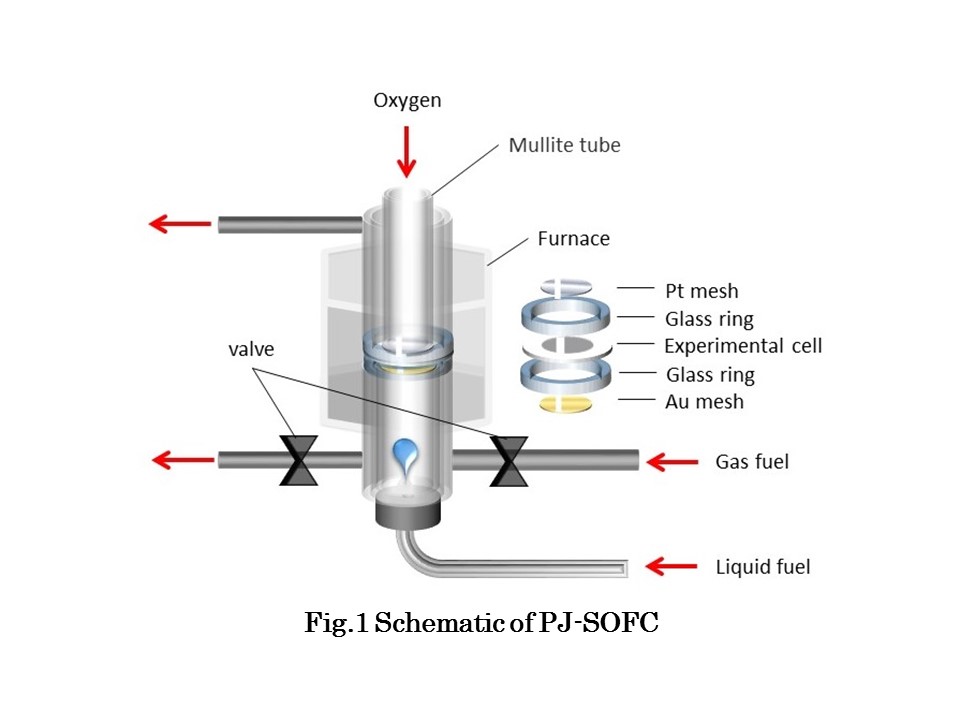