Li garnet materials are known to be difficult to sinter, due to Li evaporation at high temperature. Traditional die-pressing and ambient pressure sintering products garnet pellets with low relative density (<96%) and bad grain-grain connection. Currently there are only several papers reporting fully dense garnet (relative density >99%). These works require either high pressure sintering [5] or specially synthesized garnet nano powders [6]. These requirements hinder the cost-effective mass production of garnet thin film. Here in this work, we use a cost-effective tape-casting and sintering method to fabricate fully dense garnet thin films. The thinness of the thin film can be varied from as thin as 20 um to as thick as 1mm. The size of the thin film can be controlled by trimming before or after sintering. Figure 1(insert) shows the transparency of sintered garnet thin wafer. It high relative density is confirmed by SEM in figure 1.

The mechanism behind the fully dense sintering is studied. It is found that a good powder packing in the green tape and garnet particle surface modification by moisture and carbon dioxide during sintering contributes. 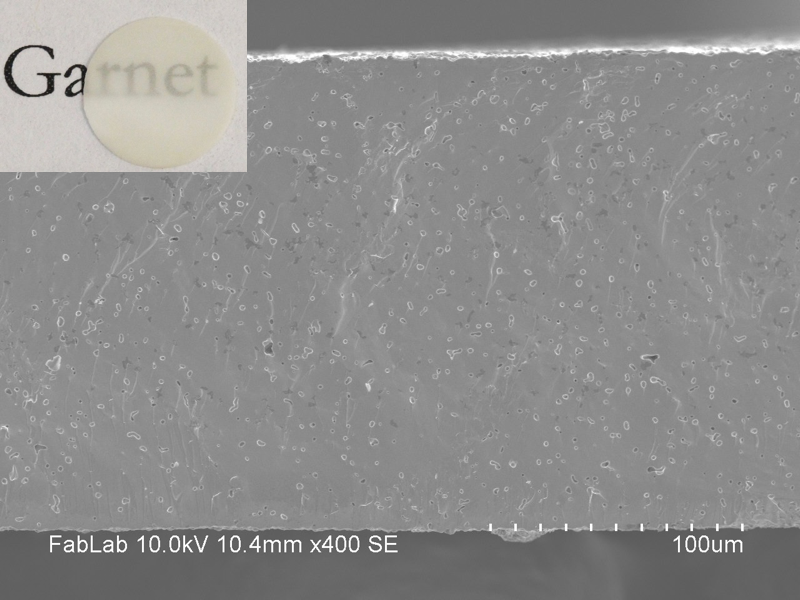