Grand Foyer, Lobby Level (Hilton Orlando Bonnet Creek)
S. Saraf, T. S. Sakthivel, D. Reid (University of Central Florida), L. Hench (University of central florida), and S. Seal (NanoScience Technology Center)
Trichloroethylene (TCE) can be considered as one of the most dangerous and toxic organic pollutants. It is present in the groundwater with concentration as high as few ppm, as reported by the Environmental Protection Agency in USA. [1,2] Zero-Valent Iron sorbents are effective at removing TCE from water, but are too expensive to use for large quantity. One promising area of fly ash (FA) is its use as a sorbent, particularly to remove pollutants from water and wastewater in industry. However, raw fly ash has a relatively low surface area and is hydrophilic, hence in its raw form it is not efficient absorbent and easily mixes with water.
In this study, we set out to modify the fly ash into a zeolitic fly ash (ZFA) with high surface area (404 m2.g-1) by alkali fusion followed by hydrothermal treatment. The resulting zeolite material is subjected to hydrophobic surface treatments to produce a material that adsorbs organic components like TCE, and repels water. The concentration of TCE was measured by using simple characterization techniques such as UV-Vis spectroscopy and chronoamperometry measurements. TCE exhibits absorption maxima at 260 nm which was used to calibrate the concentration. The chronoamperometry measurements were done using stainless steel as working electrode. The TCE sorption capacity of the zeolitic fly ash is improved by the chemical modification and it was about three times higher than the as-received fly ash as shown in figure 1. 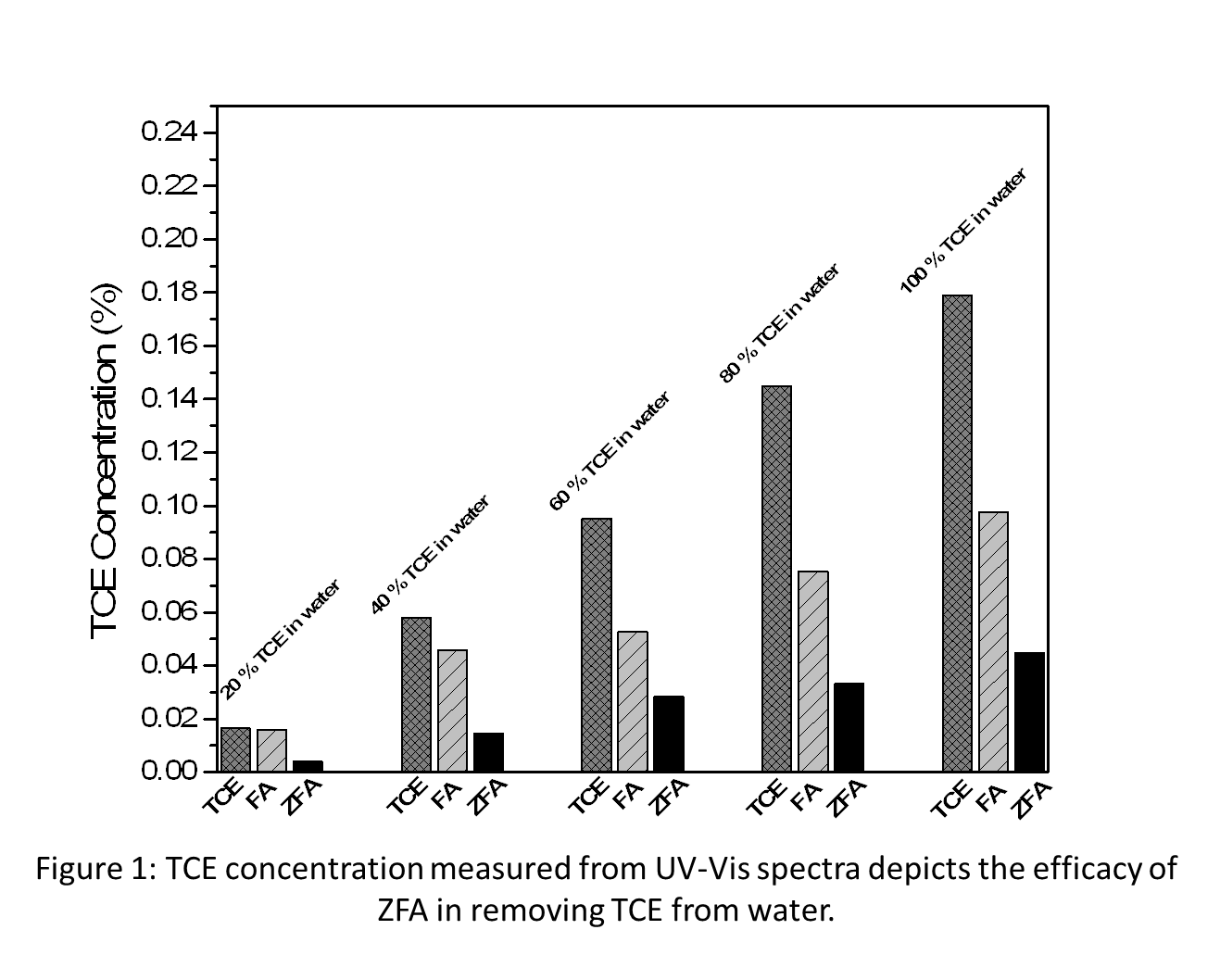