In this work, we investigate the morphology of oxygen precipitates by FTIR spectroscopy at liquid helium temperature and by scanning transmission electron microscopy (STEM) in silicon samples  pre-treated by RTA at 1250°C for 30s in O2 containing Ar atmosphere subsequently  annealed in the temperature range between 800°C and 1000°C in N2. The results show that the morphology of the oxygen precipitates in RTA pre-treated samples depends on the nucleation temperature. Fig. 1 presents absorption spectra of silicon samples pre-treated by RTA at 1250°C and annealed at 800°C (a), 900°C (b) and 1000°C (c) for 64h. As can be seen from the deconvolution of the spectra, the number and position of the bands is different for each annealing temperature. Based on the effective medium theory (EMT) (13) and STEM investigations the absorption bands can be matched to relevant morphologies. 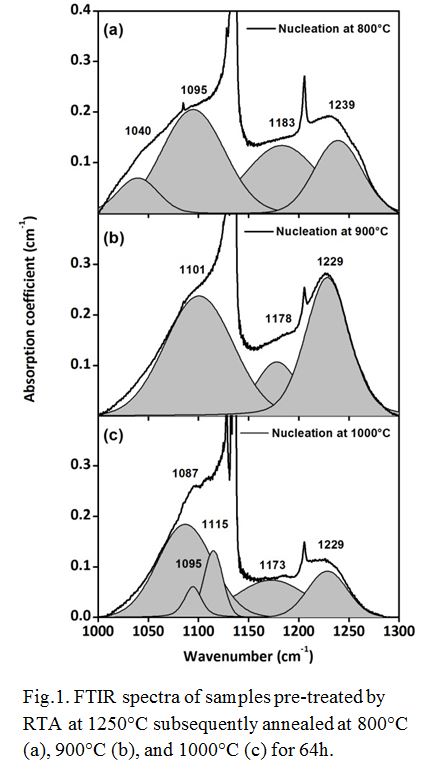