In this paper, the crack propagation during the silicon layer transfer of the Smart Cut™ process is studied using an original patented optical bench[4] (Fig.1). The measurements are based on the transmission monitoring of infrared laser beams through the sample when the fracture wave front crosses the beams. The crack can be mechanically initiated by inserting a blade between the two wafers or thermally initiated by putting the sample into an appropriate oven. Combination of the two split modes is also possible. This set up allows the determination of the crack propagation velocity which is typically in the km.s-1 range. An in-depth study of the post wave front signal oscillations (Fig.2) enabled us to recover the deformation profile of the sample just after the fracture front has gone through it (Fig.3). At first, the two newly separated wafers drift away because of the strong internal pressure of the gas filled microcracks. The energy released during the crack opening separates the silicon beams by several micrometres, until reaching a maxima where the external atmospheric pressure becomes large enough to stop the two silicon arms diverging movement. Subsequently the motion will invert and the wafers will get closer again and reach a minima where the internal pressure will enable the two beams to pull away. Therefore, the wave crack "wake" is made of series of oscillations until the internal pressure equilibrates to the atmospheric one. The typical wavelength of such deformations is about several centimetres, while the vertical speed of displacement is quite slow, around 1µm.µs-1. The dynamics of this motion has been successfully modelled using beam elasticity and thermodynamics. From the modelling, it is e.g. possible to recover the amount of gas trapped inside the microcracks and better understand the driver of Smart Cut™ splitting technique. 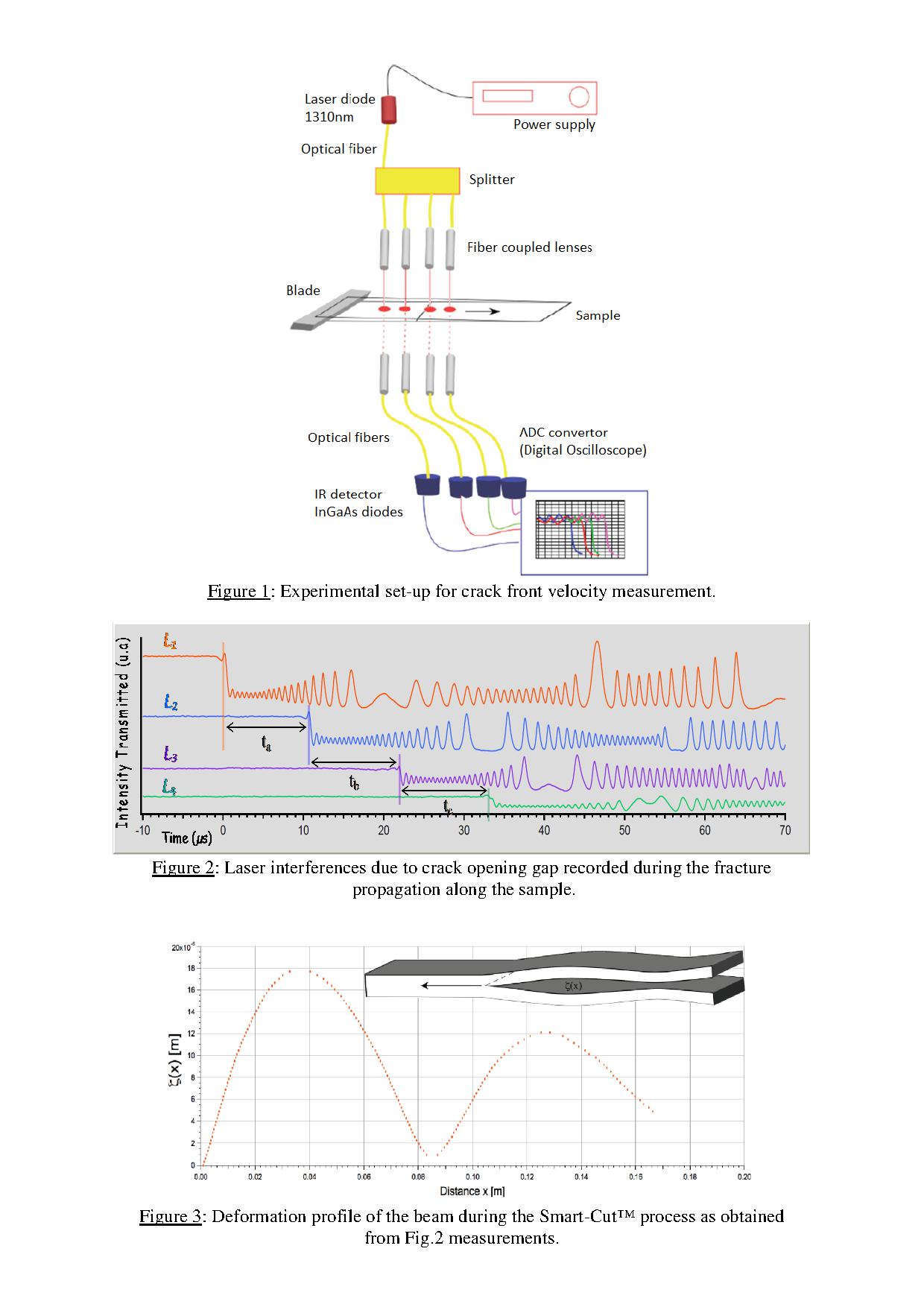