Expo Center, 1st Floor, Universal 20 (Moon Palace Resort)
G. Ruland, P. Wu, X. Xu, V. Rengarajan, I. Zwieback, A. Gupta, and M. Ramm (II-VI, WBG)
Large-diameter SiC single crystals are grown at II-VI by physical vapor transport (PVT).  II-VI manufactures up to 150 mm diameter substrates of two types: vanadium doped semi-insulating and nitrogen doped n-type.  We have previously discussed in some detail the practice of SiC crystal growth at II-VI [1], and reported on the properties of the grown crystals, including dominating defects and their evolution during growth [2].  This paper is an update on the progress of the growth of high quality large diameter substrates over the past 18 months.

SiC single crystals grown by sublimation exhibit relatively high dislocation densities and may contain slightly misoriented grains.  Defect data will be presented on wafers that have been characterized by etch pit density and X-ray rocking curves and topography.  Resistivity was characterized by an eddy current measurement for conducting and capacitive based measurement for semi-insulating substrates.  Using these methods a comparison of progress will be provided. 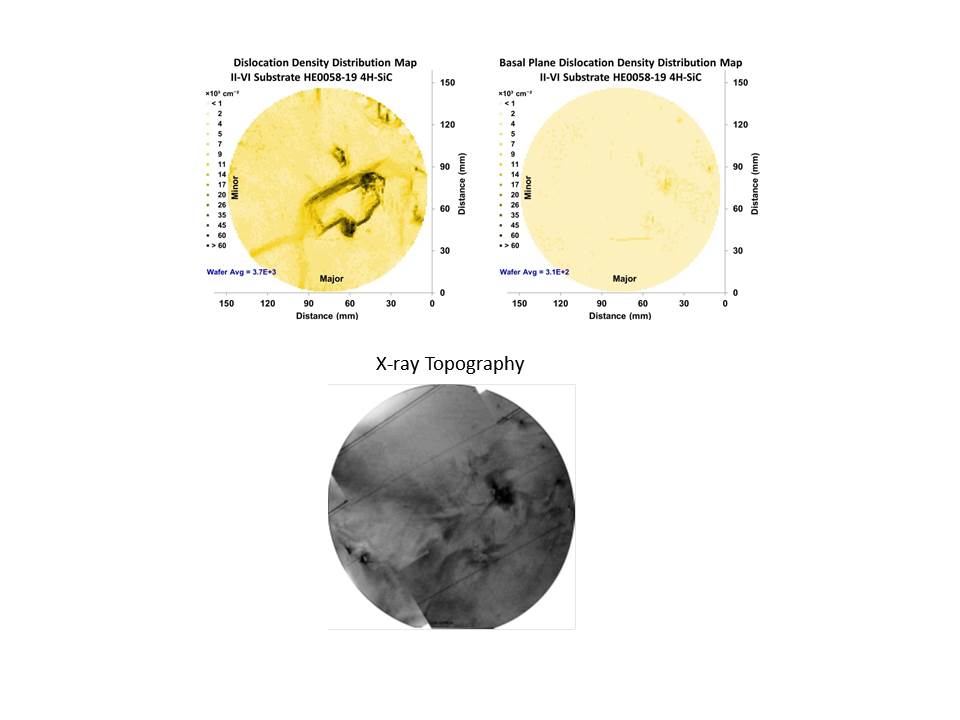