The Rs response surface (as a function of RTA temperature and time) and SIMS depth profiles of P atoms will be presented at the meeting. 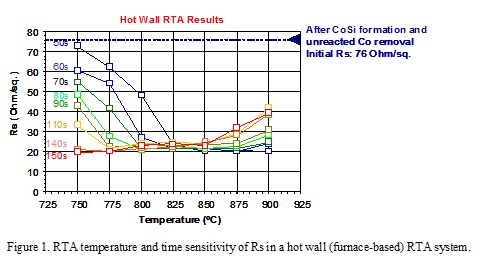