To go toward the application, batteries were imaged by hard X-ray microtomography. The batteries are made of a Li metal anode, a SEO electrolyte layer and a composite cathode. The cathode deposited onto on Aluminum (Al) foil, contains LiFePO4 as active material, SEO electrolyte as binder, and carbon black. Hard X-ray microtomography enables to visualize the microstructural changes at the Li/SEO and SEO/cathode interfaces to get insight on the battery failure mechanisms.

The batteries were cycled at 90°C at a C/20 charge rate and a C/8 discharge rate (Figure 1a). Prior and after battery cycling, the electrode-electrolyte interfaces were imaged by hard X-ray microtomography as shown in figure 1b and 1c, respectively. We found that the supposed intimate Li/SEO interface undergoes a strong delamination phenomenon that leads to the formation of voids (Figure 1b). Using a rendering image software, the void fraction can be measured all along the Li/SEO interfaces, and its effect on the battery capacity fading be estimated. 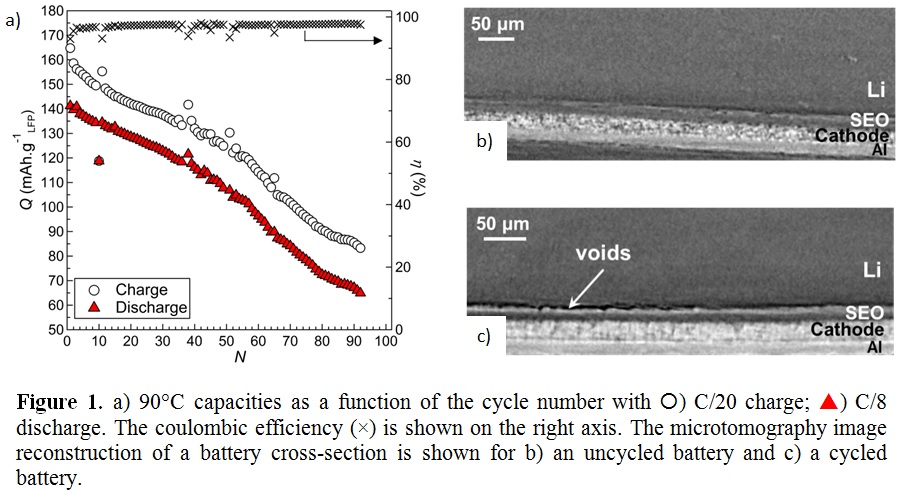