Silicon (Si) electrodes are often studied as an alternative to graphite for negative electrodes in Lithium-ion (Li-ion) battery technology due to their high theoretical specific and volumetric capacity (3579 mAh/g and 2190 mAh/cm3respectively).  Although encouraging theoretically, practical silicon electrodes exhibit relatively low cycle efficiency, causing capacity to drop quickly as a function of cycle number. There are numerous factors which conspire to reduce cycle life in silicon electrodes.  Eight of the most important factors to consider are:

This communication will present data exemplifying each of the failure mechanisms above.

In addition, the use of a Raspberry Pi to collect data for some of the experiments above will be discussed (Figure 3). 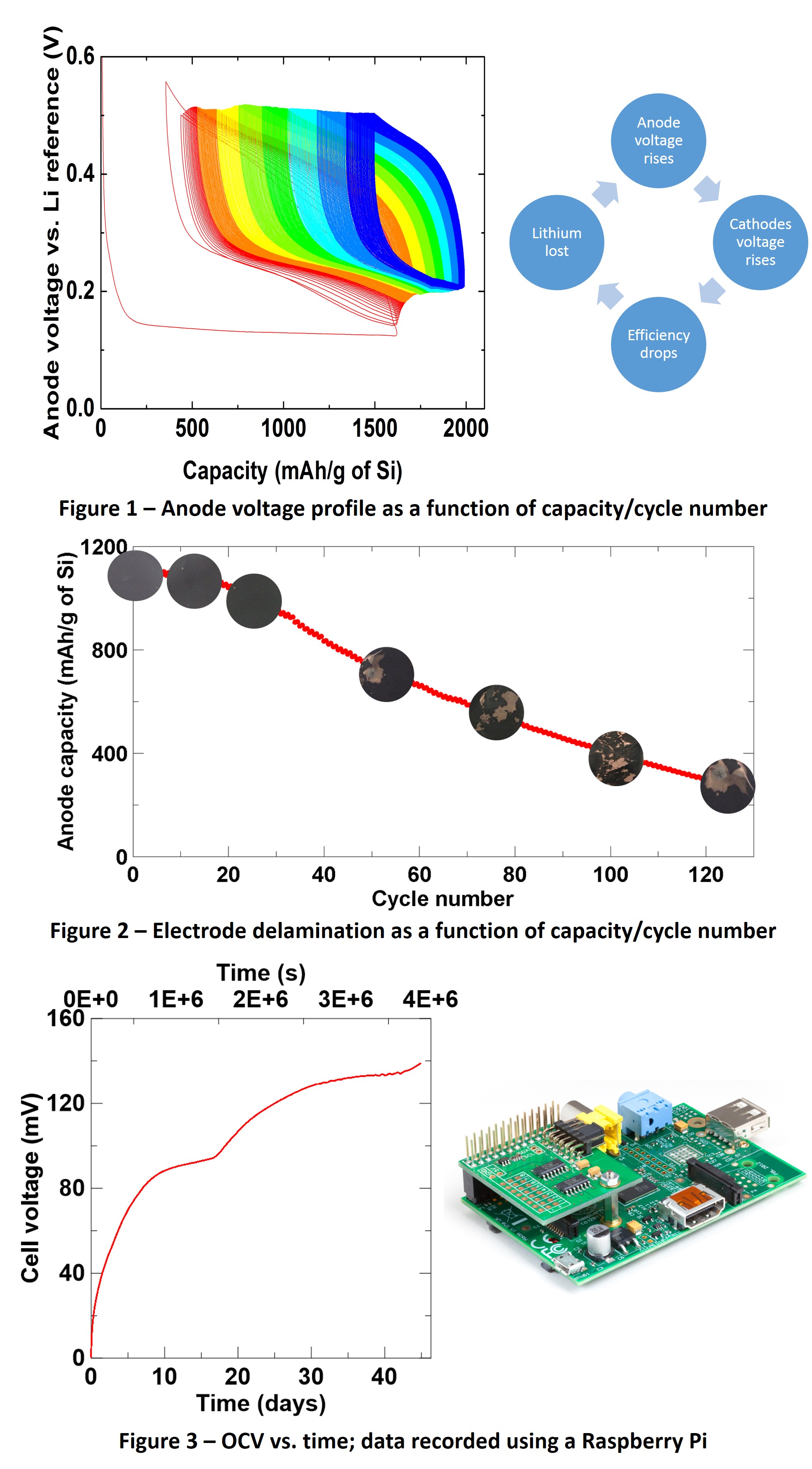