Russell A (Hyatt Regency)
S. Brankovic (University of Houston) and D. Wu (University of Houston)
The underpotential deposition (UPD) has attracted research attention for many years due to its fundamental and practical importance[i]. Development of scanning probe methods (STM and AFM), and X-ray scattering techniques has enabled mechanistic in situ studies for many substrate-adlayer systems with great insight in details of UPD adlayer formation and structure, alloying and anion co-adsorption[ii]. However, in some cases, the noble metal surfaces with complex reactivity and interaction with water based electrolytes have rendered UPD studies a very difficult endeavor. One example is Ru surface for which a just few UPD studies have been reported[iii]-,[iv],[v],[vi],[vii].

Our talk presents a study of Cu UPD on Ru(0001). The Ru(0001) surface was prepared by annealing at 1400 C for one hour in Ar+H2 atmosphere (96:4), Figure 1. After cooling the Ru surface was protected by CO-saturated 0.1 M HClO4 solution and transferred to the electrochemical cell or STM cell for further studies.  The example of the cyclic voltammetry and insitu STM results are shown in Figure 1. The potential has been gradually changed towards the region where Cu UPD on Ru(0001) occurs and high resolution/quality STM images were recorded. The morphological change of Ru(0001) surface due to Cu UPD process were correlated with CV data and characteristic cathodic and anodic peaks in CV were associated with particular features/process occurring during Cu UPD deposition and/or stripping. The Cu UPD process and adlayer structure on Ru(0001) is compared with corresponding Cu UPD process on other closed pack surfaces such as Au(111) and Pt(111). The apparent similarities and differences were identified and discussed during the talk. 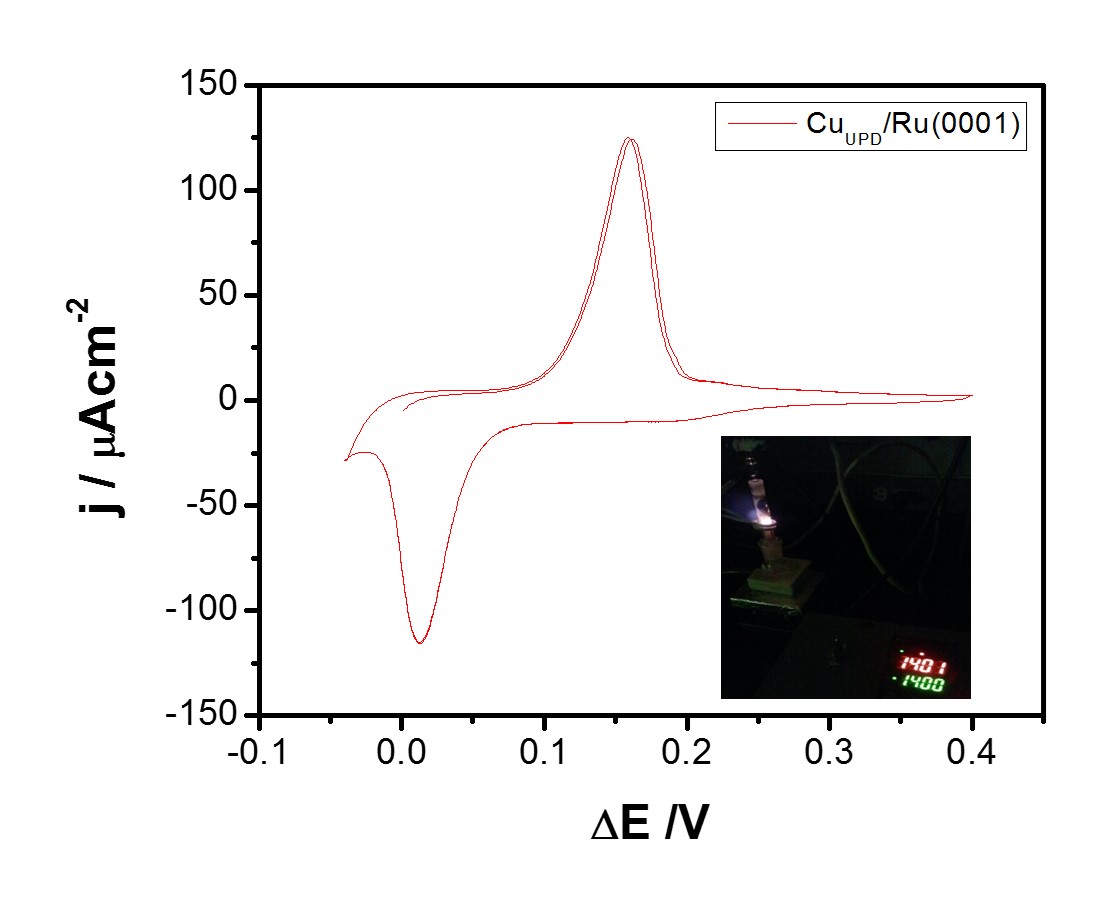