In this work we study the degradation process that occurs in a LFP/C electrode by Low-kV FIB/SEM Tomography, using the low-voltage percolation technique to identify compositional changes in the CB network in three-dimensions. FIB/SEM images of a fresh and degraded cathode are compared and LFP grains are seen to crack with cycling, resulting in the formation of secondary disconnected particles with increased ionic resistivity; CB particles are instead observed to agglomerate, reducing the electrochemically active surface area. Using low voltage imaging (1 kV) a significant fraction of the large carbon agglomerates found in the aged electrode show a higher secondary electron yield compared to the fresh CB particles at low accelerating voltage. This suggests that degradation occurs both due to morphological changes and due to amorphous-crystalline phase transitions in the carbon network, resulting in non-percolating CB agglomerates. Figure 1 shows lateral Everhart – Thornley (E-T) and in-lens detector images of fresh (a, b) and degraded cathode (c, d) collected after FIB slicing. White grains are LFP, black particles are CB additive and grey regions are pores infiltrated with silicon resin to improve phase contrast [7]. The CB network appears entirely dark in the in-lens detector image of the fresh electrode (Fig. 1b). It is possible to notice some charging effects from the insulating silicon resin. The in-lens detector image of the degraded electrode (Fig. 1d) is instead characterized by the presence of big carbon agglomerates (red rings) which are brighter because they charge as the electron beam hit them. This indicates a lower electric conductivity.

3D reconstruction of the entire network (Fig. 2) revealed that the carbon phase with lower electric conductivity accounted for approximately 25% of the volume of the total carbon in the sample. This of course affects electrode capacity since a reduced electron percolation in the CB network impedes (de)lithiation process of LFP particles. 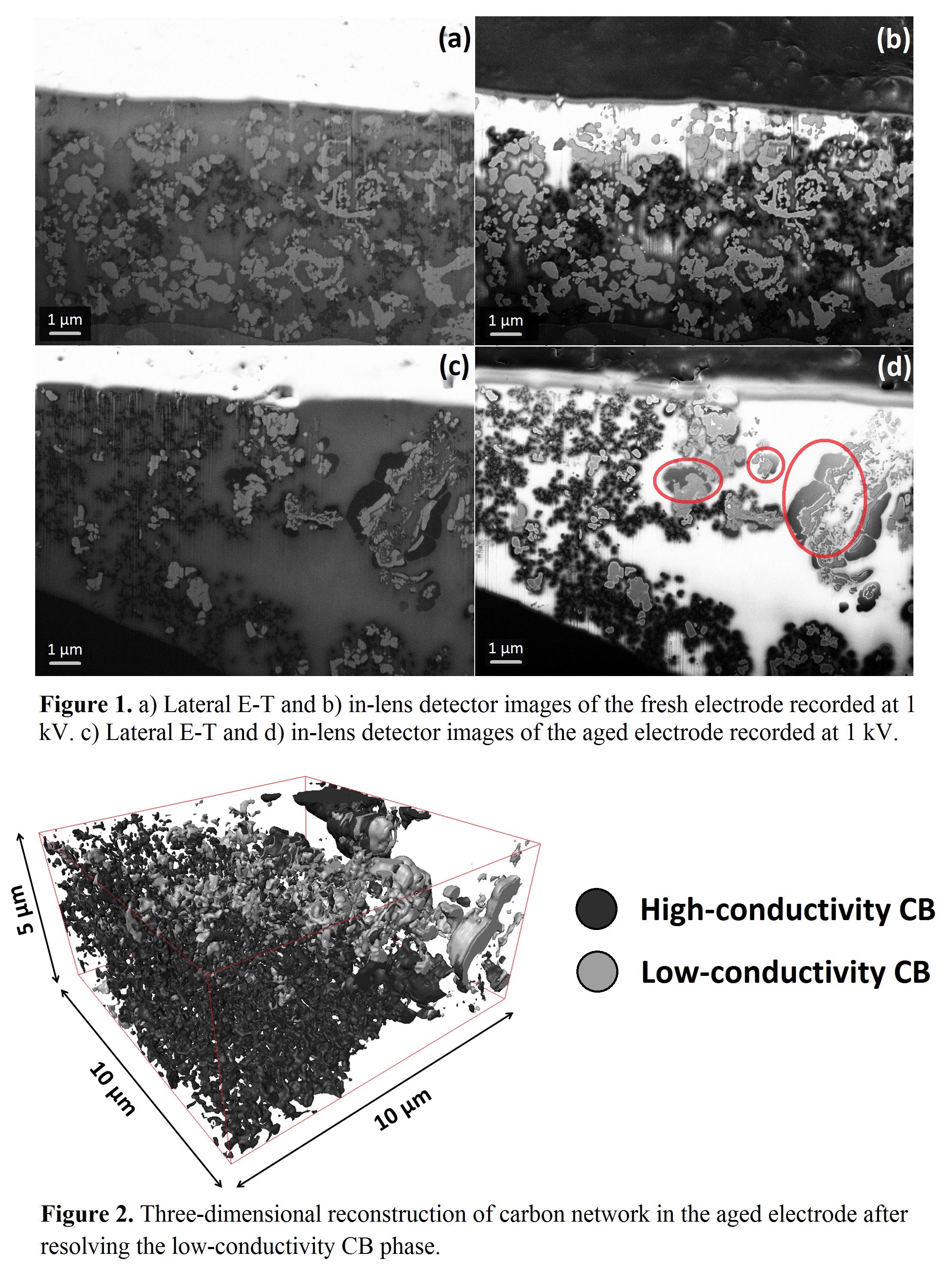