Grand Salon B - Section 10 (Hilton New Orleans Riverside)
J. Kubota (Fukuoka University)
The interaction between Ni anode and Gd-doped CeO2 (GDC) has been studied by adsorbed CO as probe molecules using infrared spectroscopy. Ni/GDC cermet anodes are frequently used in solid oxide fuel cells (SOFC). The properties of Ni anode, such as carbon deposition with the use of fuel of methane, is known to be strongly affected by oxide electrolytes. The Ni and GDC particles are considered to be in micrometer scale each other, however the GDC particles interact to most reaction sites of Ni surfaces. The structure of Ni/GDC is first examined by Auger micro-analysis. It was found that the Ni particles in micrometer scale is mostly covered with GDC thin layer after the treatment of H2 reduction. Therefore, broadly and thinly migrated GDC on the Ni surfaces was proposed to be the essence of the interaction. Infrared spectra of CO adsorbed on Ni sites are known to reflect the nature of Ni sites. The adsorbed CO on Ni sites of Ni/GDC was found to have obvious low-frequency shift from those of Ni/Y:ZrO2 and Ni/Al2O3, indicating that GDC species were strongly interacted with the most Ni sites. The properties of interaction between Ni anode and GDC after carbon deposition will be discussed. 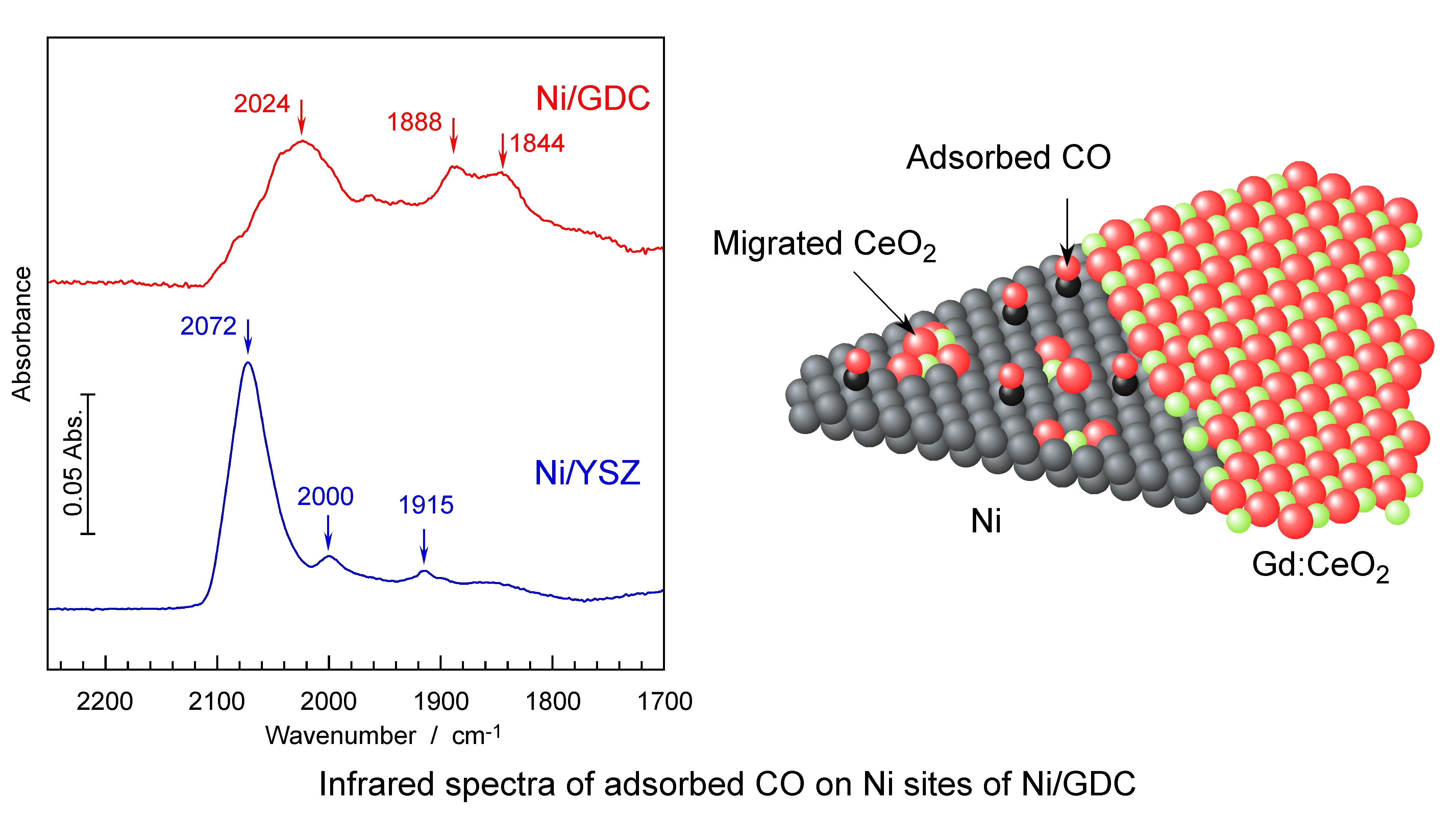