Inhomogeneous utilization of electrodes and consequent limitations in the operating conditions have recently been brought to attention [4]. Relaxation measurements after an inhomogeneous current distribution through the thickness of an electrode have not been addressed so far. By using a previously developed laboratory cell setup [5] that can be seen in Figure 1, we are able to show an inhomogeneous retrieval of lithium-ions from a graphite electrode through the layer with spatial resolution for two different graphites. After provoking inhomogeneities via constant current operations, equilibration processes are recorded and can be assigned to two different effects [6, 7]. One effect is an equilibration inside the particles (intra-particle) from surface to bulk and vice versa. The second effect is an equalization between the particles (inter-particle) to reach a homogeneous degree of lithiation in each particle throughout the electrode layer.

With the recorded data, we implemented a P2D model with multiple particle sizes and considered the electrode thickness in several separate domains. Using the relaxation data of intra- and inter-particle relaxation (which are about 4 and 40 h respectively) for parameterizing the model, we performed a design study varying particle size and distribution spatially through a graphite electrode to achieve a more homogeneous utilization of the electrode.

Figure 1: Scheme of cell setup showing (a) the cross section of a typical half-cell measurement versus a lithium-metal counter electrode (CE). The dashed lines represent the exemplary sectioning of this electrode which is implemented in (b) with each layer being connected to a single potentiostat – called slave channels. A separate master channel is used for applying the "cell current" between the lithium counter electrode and the three working electrodes (WE). 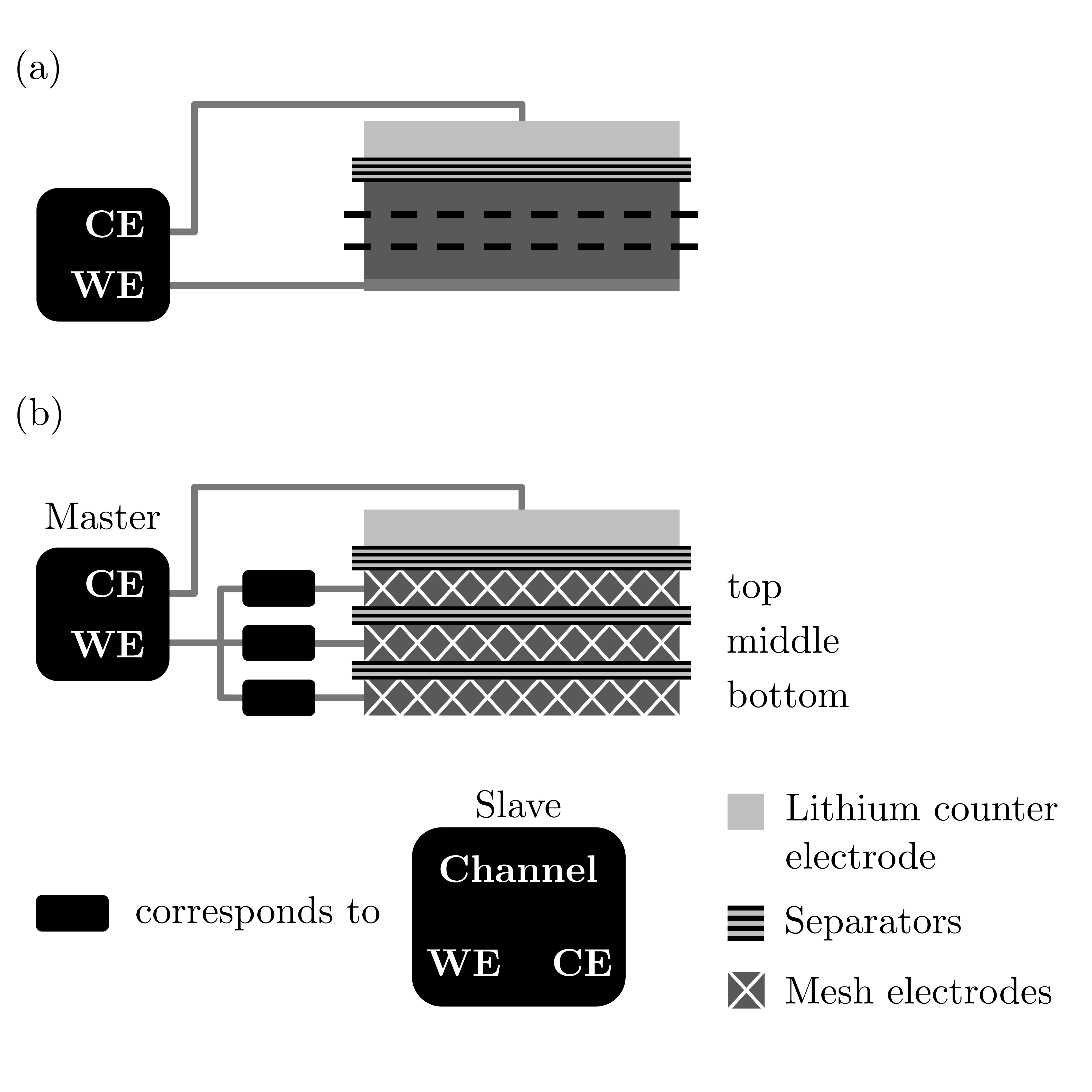