In this study, to better understand the effect induced by CO2 on AEM performance, the ion transport mechanism was investigated by using electrical conductivity and Nuclear Magnetic Resonance (NMR) techniques. A typical commercial anion exchange membrane Tokuyama A201 has been used for all experiments. OH- form membranes are prepared by soaking in low concentration (10-4 M) KOH solution. CO32- and HCO3- form membranes are used after soaking in 1M K2CO3 or KHCO3 solution. Both electrical conductivity and NMR experiments have been performed on a series of OH- form, CO32- and HCO3- form samples with different water contents from 20 °C to 80 °C. Figure 1 shows the electrical conductivity of HCO3- form A201 at different relative humility as a function of temperature, which displays an increasing trend as the relative humility and temperature increase. Also note the low values of conductivity relative to that expected from a hydroxyl ion conductor. This is in accord with previous reports that indicate a significant decrease in conductivity upon uptake of CO2 into hydroxide-form membranes. 1H and 13C pulse-field-gradient NMR are used to characterize the speciation and diffusion coefficient D(NMR) of water, CO32- and HCO3- respectively. Difference in ionic conductivity and diffusion coefficient of each species in the membrane between three different forms can be observed. The estimated diffusion coefficient D(σ) from ionic conductivity obtained by using Nernst-Einstein equation is sometimes different from that measured by NMR. The comparison between D(NMR) and D(σ) provides valuable information on ionic transport mechanism 2. Obtaining dynamic information on the behavior of CO2– derived species in the membrane will allow modeling to the distribution of such species in the membrane.

We gretefully acknowledge the support of this work by the Office of Naval Research. We also appreciate the assistance of Tokuyama Soda in providing A201 membrane samples. 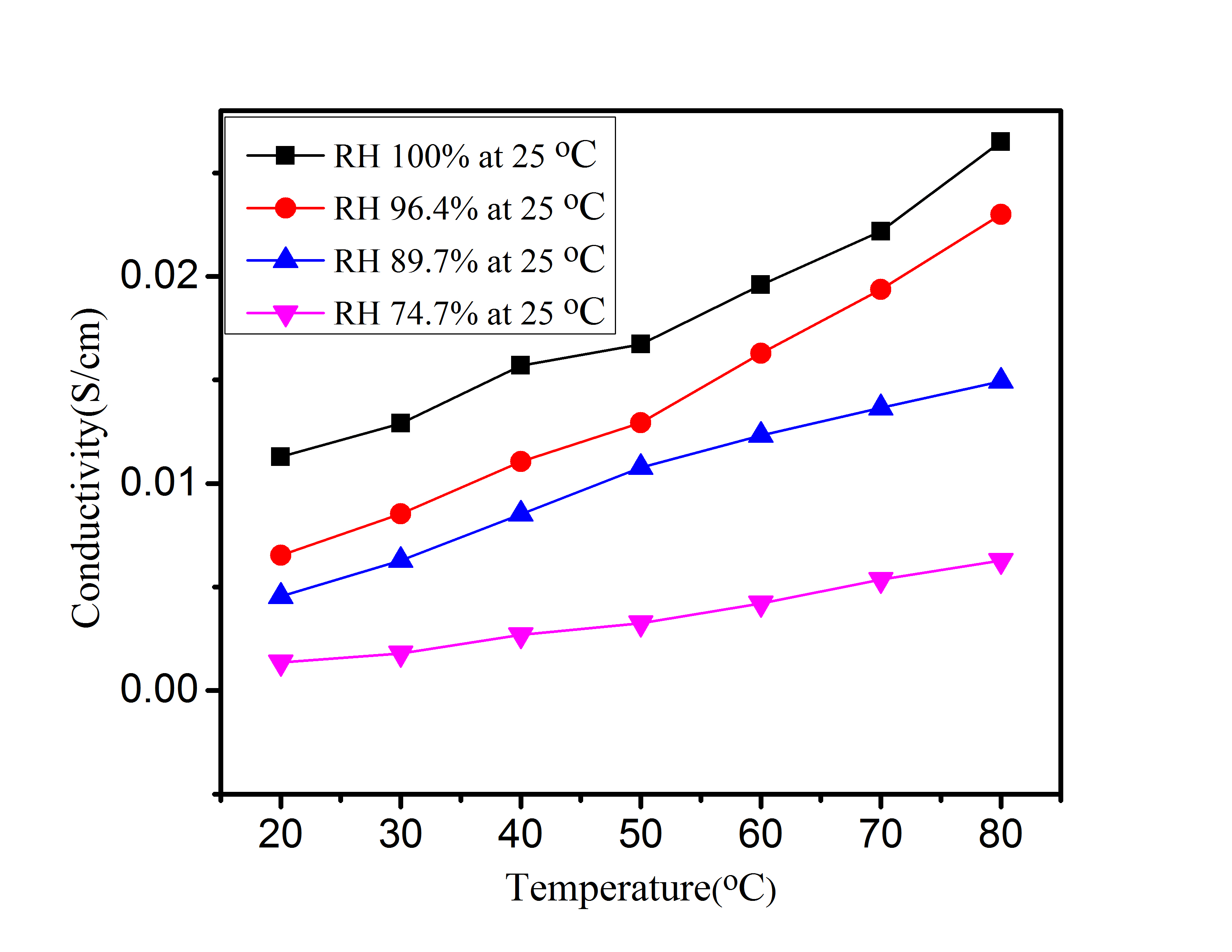