In summary, we have developed an LED-based portable fluorescent sensing system that is capable of differentiating multiple fluorophore microbeads. Future work includes full characterization of the sensor system and fabrication of integrated electronic circuitry for a standalone and field-deployable fluorometer. 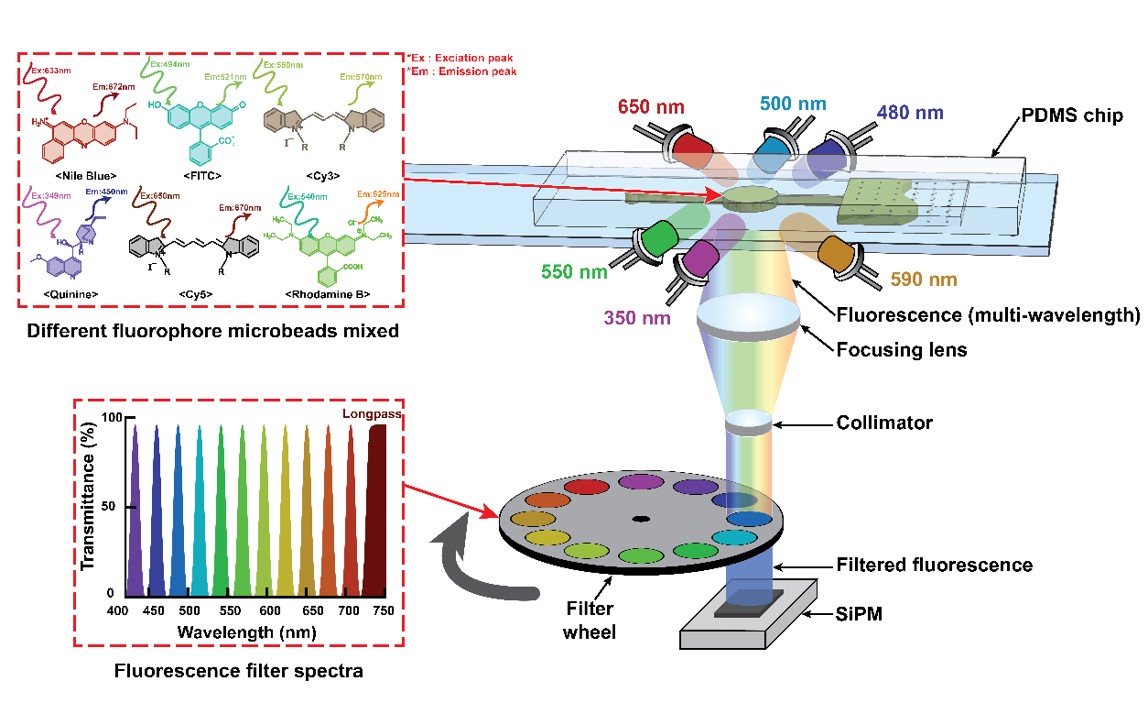