National Harbor 15 (Gaylord National Resort and Convention Center)
S. Sadeghi Lafmejani, A. C. Olesen (Aalborg University), S. Al Shakhshir, and S. K. Kær (Department of Energy Technology, Aalborg University)
The modern civilization is working based on a secure, sustainable, and economic energy. With the increasing share of renewable energies like solar and wind power, the secure and sustainable energy production will go under threat due to highly fluctuating electricity generated from these energy sources. An opportunity is to store energy as a means of energy surplus absorption. Polymer Electrolyte Membrane Electrolysis Cell (PEMEC) as a method of long term (more than an hour) energy storage, converts the unstable generated electricity to hydrogen. It is a key technology for closing the renewable energy economical system loop. It converts water to oxygen and high pressure hydrogen using electricity with a fast response rate that suits to damp grid fluctuations. One of the issues within these electrolysers is their high cost. One means of the cost reduction is to increase production from the existing cell by increasing its current density from 1 (A/cm2) (at the existing conventional cells) to 5 (A/cm2). At high current densities, due to high rate of oxygen generation and concentrated heat generation in the cell, issues related to heat and gas management come up which must be managed. In this study, an experimental setup is made of plexiglass, Titanium-felt (Ti-felt) and nano-porous ceramic. The setup demonstrates a similar gas-liquid flow encounters in PEM water electrolysis micro-channels and anode porous media. The nano-porous ceramic plate simulates small bubbles generation on the real membrane electrode assembly (MEA) surface. The movement of gas-liquid flow upward in the micro-channel at several water stoichiometric numbers are analysed and compared with a transparent PEMEC. 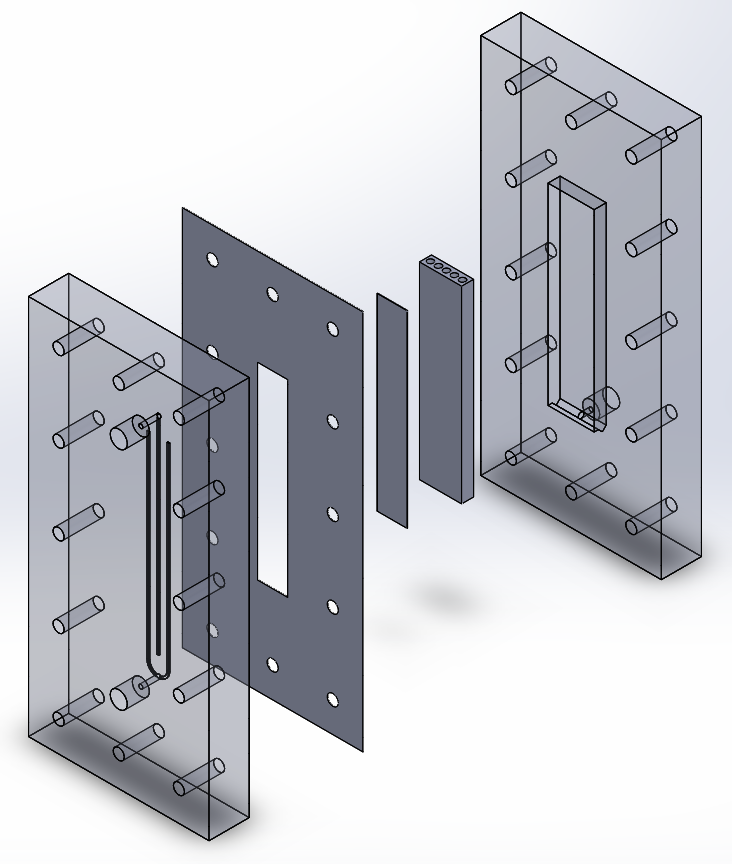