Prince George's Exhibit Hall D/E (Gaylord National Resort and Convention Center)
B. Wu and W. Lu (University of Michigan)
Mechanical degradation is one of the most significant mechanisms that affect the cycle life of lithium-ion batteries. Cracks and fractures have been observed in both cathode and anode active material particles, which lead to isolation of active materials, disruption of the electrically conductive network and exposure of fresh surfaces that cause side reactions. These effects significantly reduce the battery capacity and increase the internal resistance.

Modeling and simulation are essential to study the generation and effects of stress inside batteries. Treating the intercalation-induced stress analogously to thermal stress, a model has been developed to study the stress and concentration inside a particle. 1 This model has been extended to study various problems at both particle and cell levels. Nevertheless, this model and its extensions are based on the assumption of solid particles. This assumption does not apply for active materials with an agglomerate structure, such as LiNi0.8Co0.15Al0.05O2 (NCA). 2 In these materials, many nanometer-scale primary particles agglomerate to a micrometer-scale secondary particle by the adhesion of binder. The secondary particle is porous rather than a compact solid, as the electrolyte is found to be soaked into the agglomerate. 2 Therefore, charge transfer reactions are expected to occur between the primary particle surface and the electrolyte inside a secondary particle.

Although electrochemical models have been developed to investigate the characteristic of an agglomerate accounting for the effects of its internal structure, 3 no mechanical model has been developed to study the stress in agglomerates for lithium-ion batteries. Meanwhile, multiple experiments have reported observations of fracture of agglomerates after cycling, which is a major mechanism of capacity degradation. This calls for a fully understanding of the mechanical behaviors at the agglomerate level. 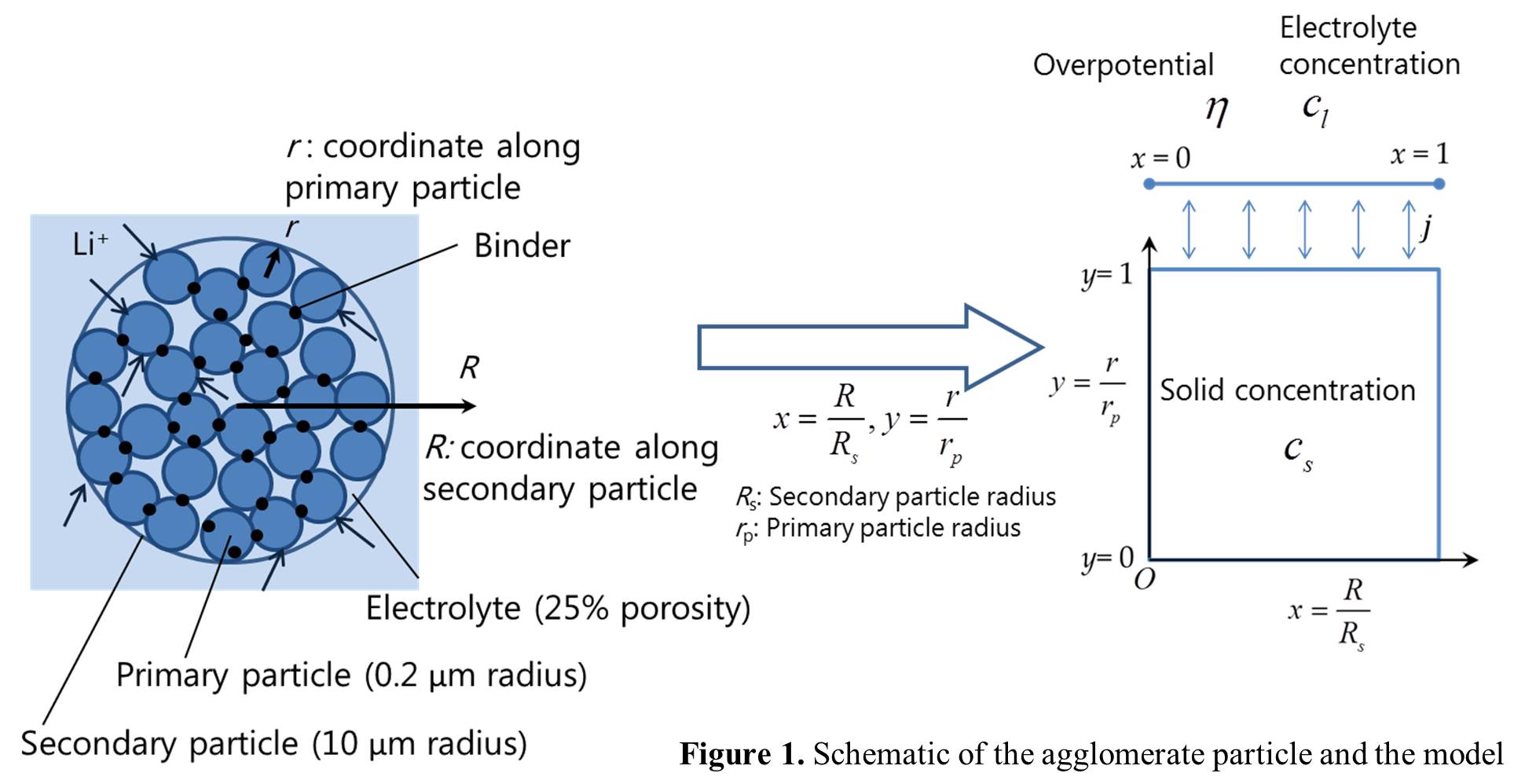