Chesapeake 6 (Gaylord National Resort and Convention Center)
F. Münch (Weizmann Institute of Science), C. Roth (Freie Universitaet Berlin), A. Vaskevich, and I. Rubinstein (Weizmann Institute of Science)
Facile wet-chemical functionalization techniques, which enable the direct modification of device parts without separate synthesis, purification and assembly steps, are promising choices for nanofabrication [1]. Regarding nanostructured metal films, electroless plating displays an interesting option for this task [2]. During electroless plating, metal reduction is sustained by the electrocatalytically active deposit, which brings the main components of the metastable plating baths to reaction. However, the technique has to be adapted to nanomaterial production. For instance, without the use of templates, the conformal growth mode favors the formation of relatively smooth, polycrystalline films, which do not possess anisotropic nanoscale features [2, 3].

In this contribution, we outline the efficiency of shape-controlled electroless silver plating for the realization of functional nanomaterials. First, we demonstrate the simplicity and flexibility of the technique, followed by a discussion of strategies for application-oriented synthesis optimization. We then show how the obtained materials can be derivatized to introduce new functionalities.

By adding an iron-tartrate complex to a silver plating bath, we achieve selective two-dimensional growth without templates. Using this reaction, homogeneous films of high aspect ratio silver nanoplatelets can be deposited on various substrate materials in a short time. Moreover, recessed and curved substrates can be coated, such as the interior of glass microcapillaries (Fig. 1 a, b). Also, the nucleation behavior of the reaction can be tuned: Homogeneous nucleation and bath decomposition can be either enforced to obtain powders of sand-rose shaped silver particles (Fig. 1 c), which can be used to formulate catalyst inks or composites, or suppressed to achieve selective heterogeneous deposition of platelet films.

When sufficiently developed, the films possess continuous conduction paths. Together with the large, easily accessible and well-defined surface of the platelets, this renders them particularly interesting for electrochemical applications. The films can be used as supporting, nanostructured electrodes, or employed directly as electrocatalyst. As an example for the latter case, we used different silver structures for amperometric detection of hydrogen peroxide, in which a strong, selective and fast response to the analyte could be achieved. The sensitivity of the silver catalyst could be enhanced by tuning the deposit morphology, such as in the case of porous platelets of high aspect ratio and surface area (Fig. 1 d).

Electrolessly plated nanomaterials can be conveniently derivatized [4] using reactions such as thermal oxidation, galvanic replacement or chemical bath deposition. Several modification options for the silver nanoplatelet films will be presented. For example, by using the silver structures as substrate for subsequent cuprite plating, they can be decorated with Cu2O nanoparticles (Fig. 1 e, f).

Due to the wide functionality range of silver nanostructures and the shape-sensitivity of many of their properties [5], the approach described here provides a highly productive route toward materials for heterogeneous catalysis, sensing, plasmonics and (photo)electrochemistry, especially considering miniaturized designs such as microreactors and lab-on-a-chip sensors. 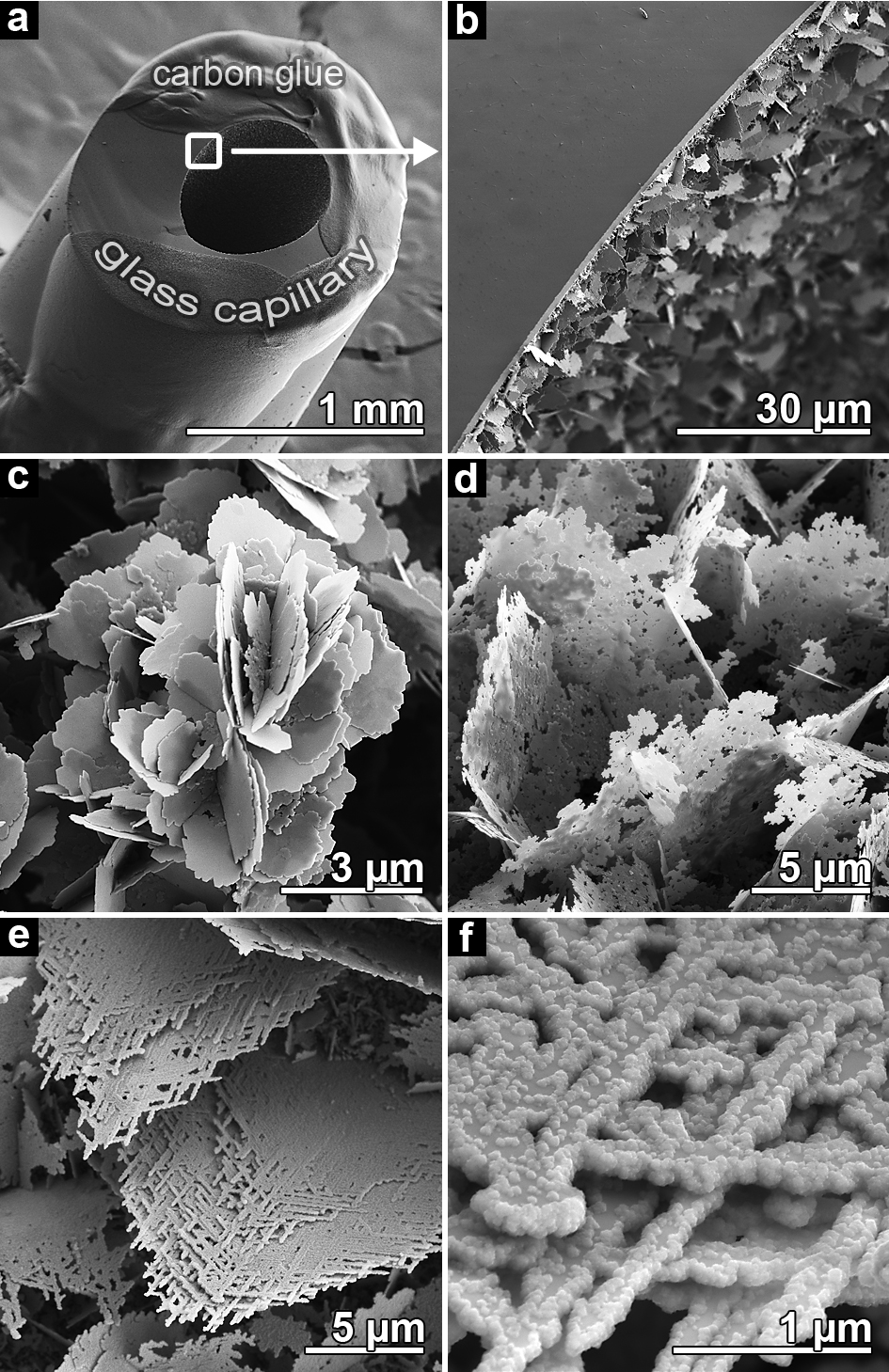