We have been motivated by this challenge and have developed a range of novel solvent systems for deposition of metal coatings as alternatives to existing process (e.g. Ni, Zn, Cu, Ag, Ag) as well as novel electrolytes for deposition of reactive metals such as Al. These electrolytes have become known as Deep Eutectic Solvents and have shown utility and promise in a range of metal finishing processes. [1]

Whilst the thermodynamics, kinetics, metal ion speciation and growth processes of electrolytic coatings from aqueous solutions have been studied for more than one hundred years, little is currently known about these fundamental aspects of electrochemical deposition from DES media. [2]

Here we describe our studies into the electrochemical characterisation of a range of metals in DES electrolytes. In particular, we will focus on aspects of growth and dissolution processes and how these effect the morphology and composition of metal films. We will describe the characterisation of thin metal films in DES media using a range of time resolved techniques including cyclic voltammetry, chronopotentiometry, chronoampertometry, gravimetry (QCM), neutron reflectometry (NR) and surface metrology. The use of in-situ electrochemical NR methods is novel and we will present new data on the growth and dissolution of single metal and bi-layer metals films. The Figure shows time resolved NR data for the electrochemical dissolution of a Cu/Ag bi-layer on a Au substrate. We will also present complimentary data on the characterisation of the same systems using so-called Simultaneous Thickness Electrochemical Potential (STEP) chronopotentiometric methods.

We will consider the effect of small-molecule additives on surface morphology and finish (roughness) of electrolytic coatings. [3] Organic and inorganic additives are often added to electroplating solutions to improve surface finish, reduce roughness and promote uniform surface morphology of the coatings. Such additives are usually small molecules and often referred to as brighteners or levellers. However, there have been limited investigations into the effect of such additives on electrodeposition from ionic liquids (ILs) and deep eutectic solvents (DESs). Here we will describe the effect of four additives on electrolytic plating of exemplar metals, nickel and zinc, from an ethyleneglycol based DES; these are nicotinic acid (NA), methylnicotinate (MN), 5,5-dimethyl- hydantoin (DMH) and boric acid (BA). The additives show limited influence on the bulk speciation but have significant influence on the electrochemical behaviour of metal deposition. Small concentrations (ca. 15 mM) of NA and MN show inhibition of metal ion reduction whereas high concentrations of DMH and BA are required for a modest difference in behaviour from the additive free system. NA and MN also show that they significantly alter the nucleation and growth mechanism when compared to the additive free system and those with DMH and BA. Each of the additive systems had the effect of producing brighter and flatter bulk electrodeposits and with increased coating hardness. 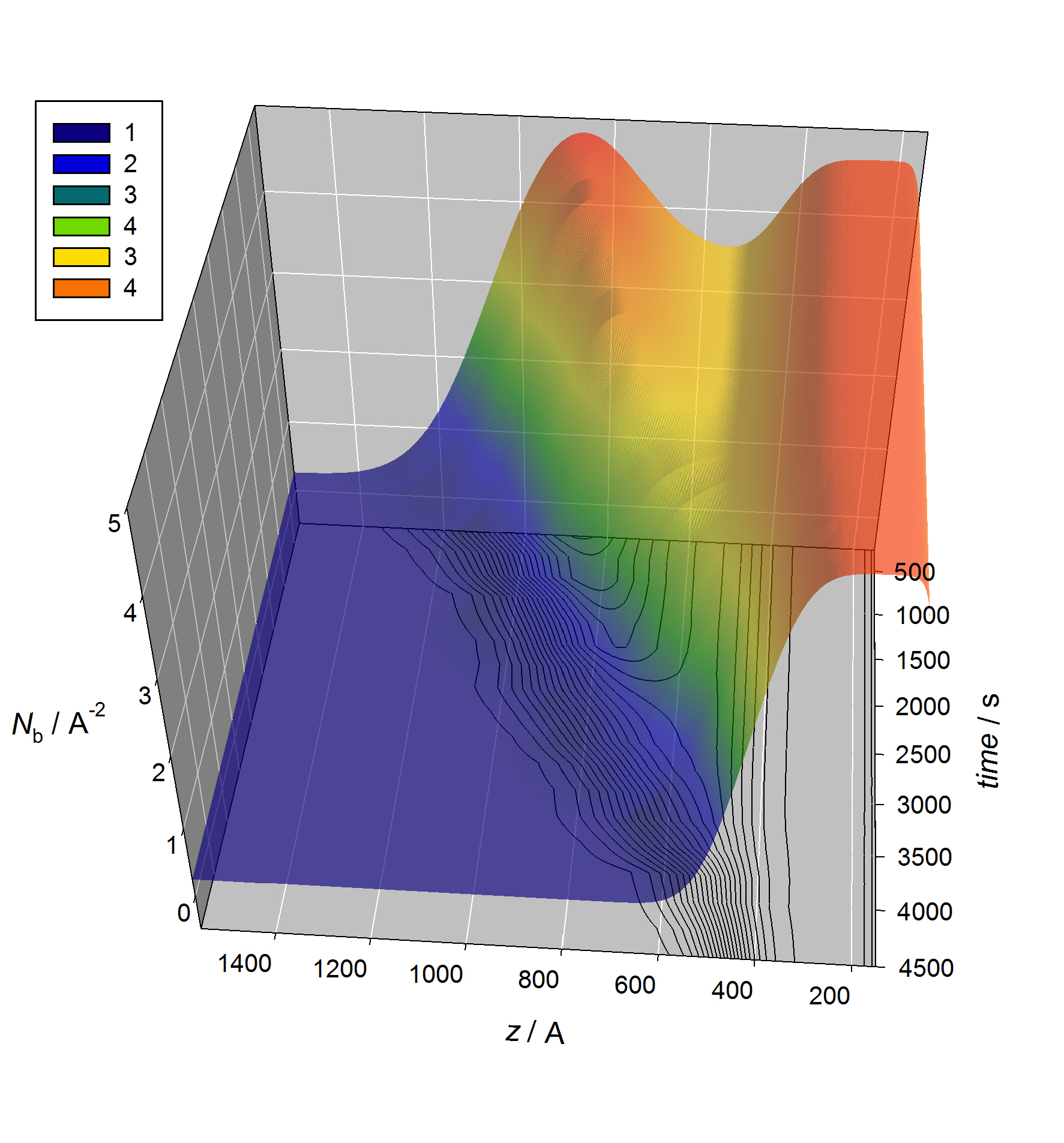