357
Impact of the Surface on the Delithiation Mechanism of LiNi0.8Co0.15Al0.05O2 positive Electrodes for Li-Ion Batteries

Ni-rich layered oxides like NCA are the most important class of positive electrodes for high-energy-density Li-ion batteries. These materials react with H2O and CO2 from air to form surface layers mainly composed of Li2CO32–5. The presence of such a surface layer is deleterious to the electrochemical performance of this class of material. We show, using in-situ synchrotron X-ray diffraction measurements, that this surface layer also induces the presence of a second phase during the 1st electrochemical delithiation. Such a mechanism is however not intrinsic to NCA. Indeed, a sample stored and handled in an argon atmosphere presents a typical solid solution behavior, as expected for this class of material. 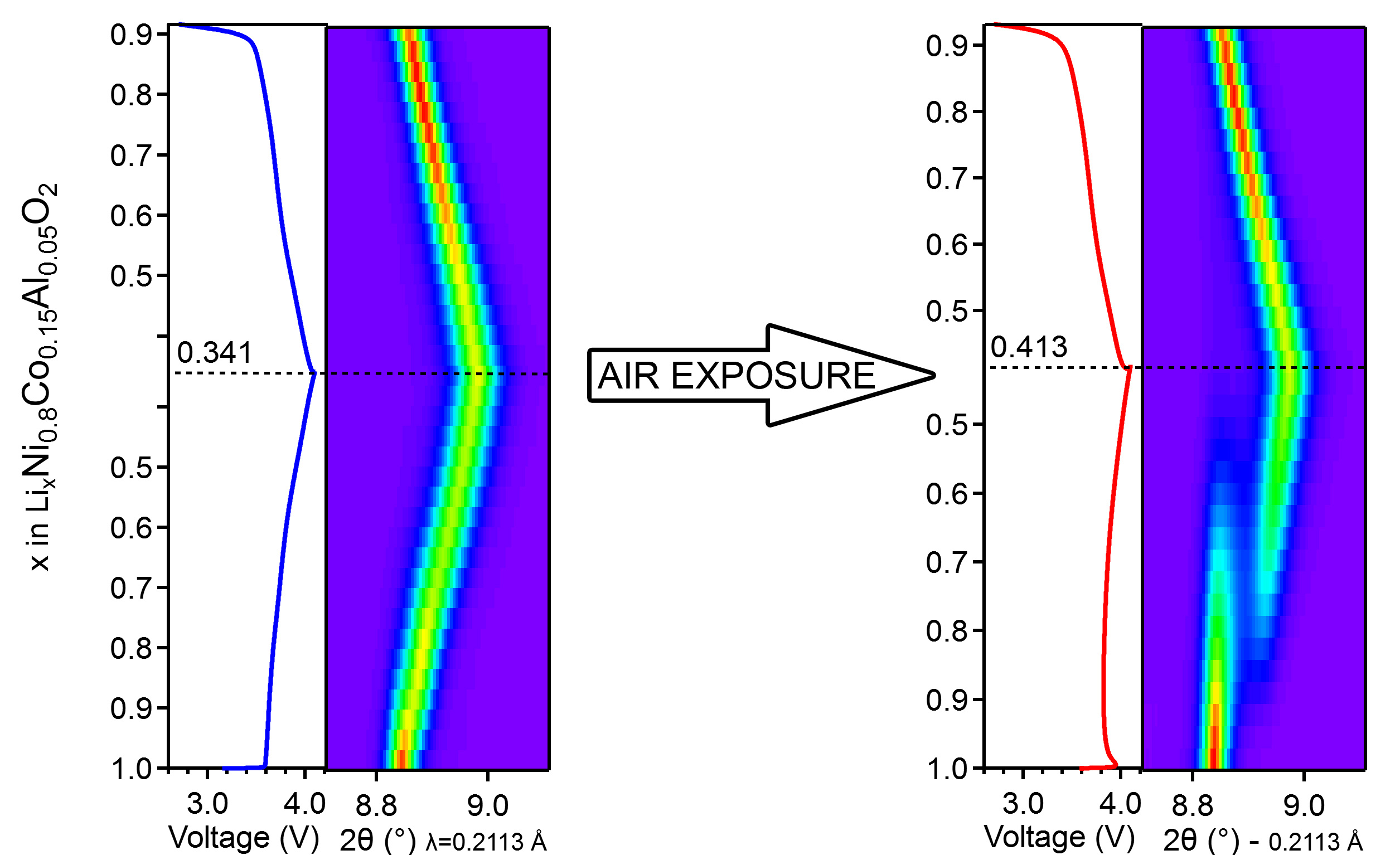