In order to clarify the lithium storage mechanism in MoS2, we first selected the model structure to ascertain the complete mechanism by obtaining the maximum reversible capacity from this material. We synthesized MoS2 ordered mesoporous with 3-D nanostructure by using KIT-6 template. As shown in Figure 1, the model material exhibited a discharge /charge capacity of 1664 mAhg-1 / 1062 mAhg-1 in the first cycle and reversible discharge / charge capacity of 1357 mAhg-1 / 1343 mAhg-1 after 50thcycles.

We utilized synchrotron radiation based characterization techniques to directly observe the local and bulk structural changes in the well-synthesized mesoporous MoS2 model material during the electrochemical cycling. The oxidation state changes of Mo and S were observed during the 1st irreversible and 2nd reversible electrochemical cycle using XAS and XPS. The in situ XRD experiment was used to confirm the formation of Li2S and/or Mo metal during the reversible reaction. In addition, SAXS was also used to observe the pore structure dynamics during the cycling of mesopourous MoS2 electrode.

More detailed discussion will be presented at the 232nd ECS Meeting 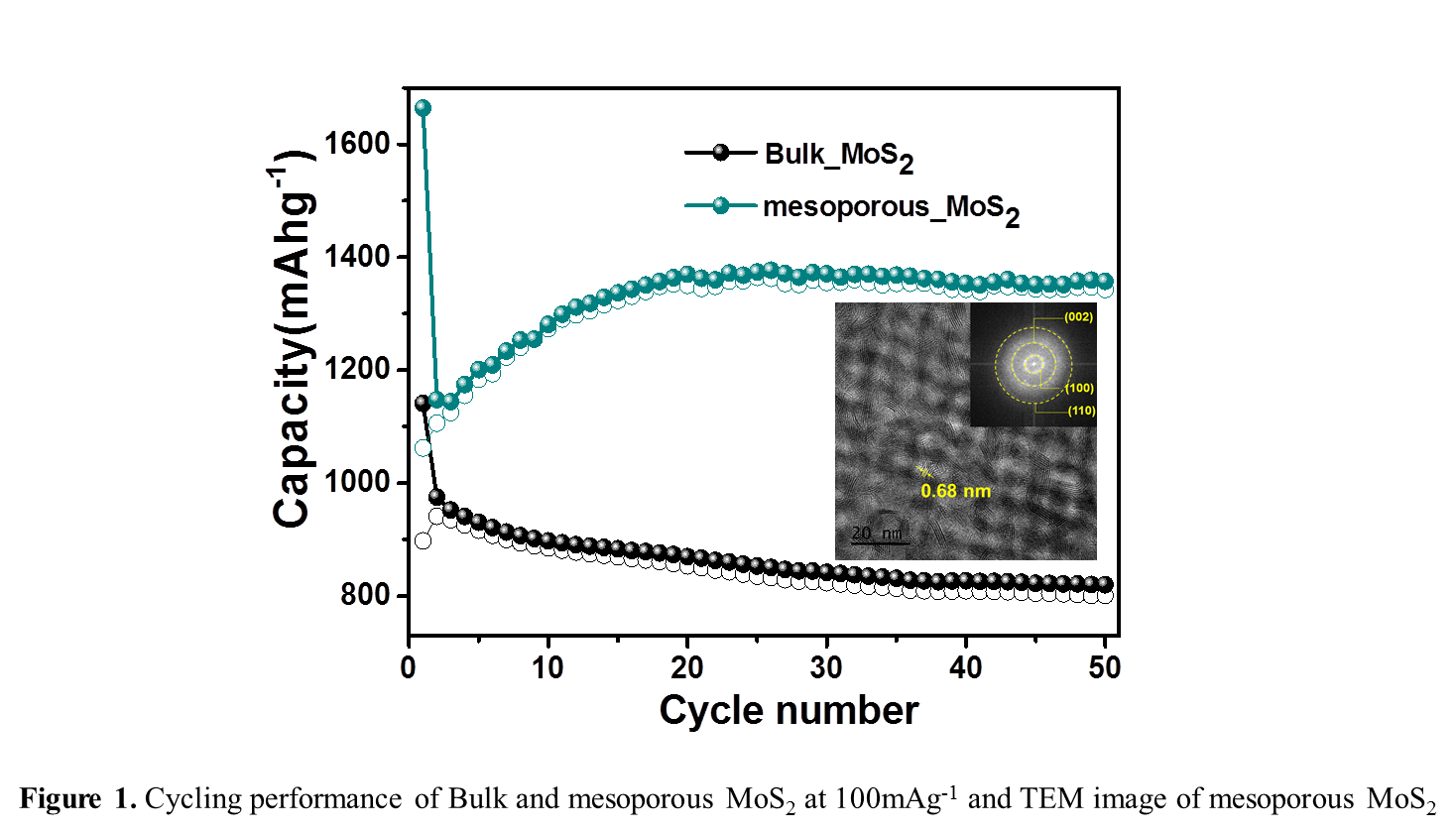