Prince George's Exhibit Hall D/E (Gaylord National Resort and Convention Center)
J. Liao, T. Smith, and Y. Xing (University of Missouri)
Sodium titanate has been studied as an attractive anode candidate for Na-ion batteries due to its low cost, environmental friendliness, ease of synthesis, and structural stability during cycling. However, Na ions are about 25% larger than lithium, which leads to slower charge/discharge rates. In addition, the larger diameter of Na ions compared with lithium causes the volume changes that occur from intercalation to be even more severe. Few reports thus far have focused on sodium titanate as an anode material in Li-ion batteries (LIBs), where Li+ can also be inserted into sodium titanate at low voltage.

The main disadvantage for sodium titanate as an anode material for LIBs is its low electronic conductivity, resulting in poor rate capability. Several approaches have been taken in an attempt to improve the electronic conductivity of sodium/lithium titanate, such as electronic material coating/mixing, ionic doping, comminution, etc.; but as of yet there has been no uniform carbon coating reported on sodium titanate for LIBs. In this work, we detail a facile technique to create uniform thin carbon coating layers on Na2Ti6O13 nanowires (NTO-C). In addition, we also explored self-doped Ti3+ on carbon coated Na2Ti6O13 nanowires (NTO-Ch) in an effort to further improve its electronic conductivity. The detailed results of the synthesis, characterization, and electrochemical performance of the NTO-based materials (NTO, NTO-C and NTO-Ch) will be presented. 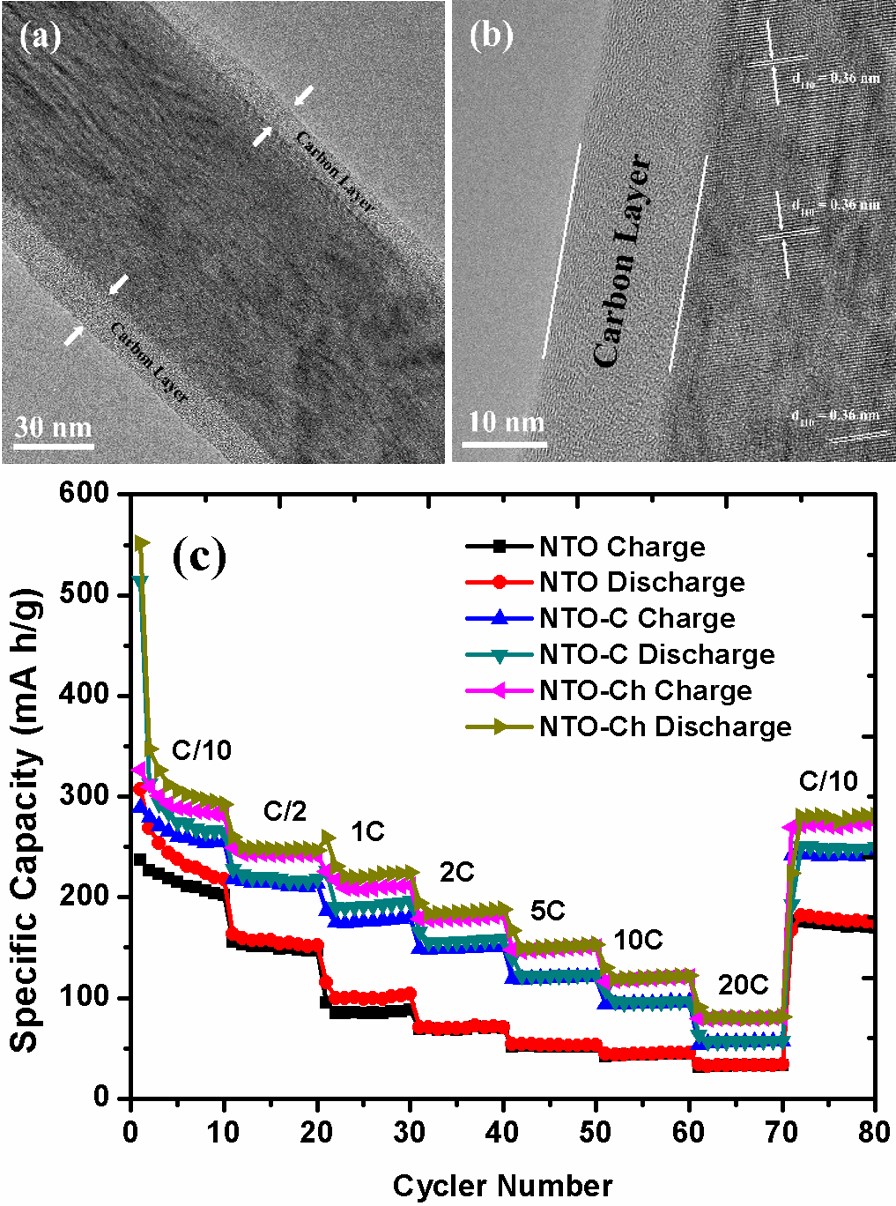