Prince George's Exhibit Hall D/E (Gaylord National Resort and Convention Center)
H. Kim and S. Jung (Chonnam National University)
Although lithium-ion batteries (LiBs) have superior power and energy density than the other type of batteries, generally, a LiB is specially customized to achieve its specific requirements such as long-range mileage for EV or high power for HEV. This is because it is difficult to meet both high power and high energy density with a single type of battery. For example, high energy batteries for EVs that have thick electrodes may undergo charging problem such as lithium metal plating at low temperature. Accordingly, several studies were conducted to simultaneously improve both power and energy performance of LiBs. Using altered composition of electrode materials, electrolyte, and separator, LiBs could have improved energy retention or power performance [1-3]. But, preceding studies could not achieve both energy and power performance for vehicle applications at the same time. In order to resolve this problem, Kotz et al. [4] proposed a concept of a hybridized battery which combined a high energy battery with a high power capacitor within a single system. They reported that the internal parallel hybridization of those two components could achieve higher power and higher energy than each component operates independently.

In the present study, we propose a new concept of battery system to achieve both high power and high energy at once by externally hybridizing a high power LiB with a high energy LiB in a single system, so called “hybrid battery (HB)”. To investigate the feasibility of the concept, we construct a mathematical model of a HB system as shown in figure 1. Three LiBs are connected in parallel. Two of them are high power LiBs and the other is high energy LiB. Conducting computational simulations with the developed model, basics characterization (OCV, resistance, C-rate performance) of the hybrid battery system is investigated for the first time. Then, we examine the performance of the hybrid battery under various operating conditions. Also, charging/discharging interactions among LiB members are monitored. To validate the present HB concept with the developed mathematical model, an actual hybrid battery system is constructed by using three automotive LiBs. Basic characterization and simulated driving test shows a good agreement with the theoretically predicted result. Through the present study we confirm the validity of the HB concept for automotive applications. 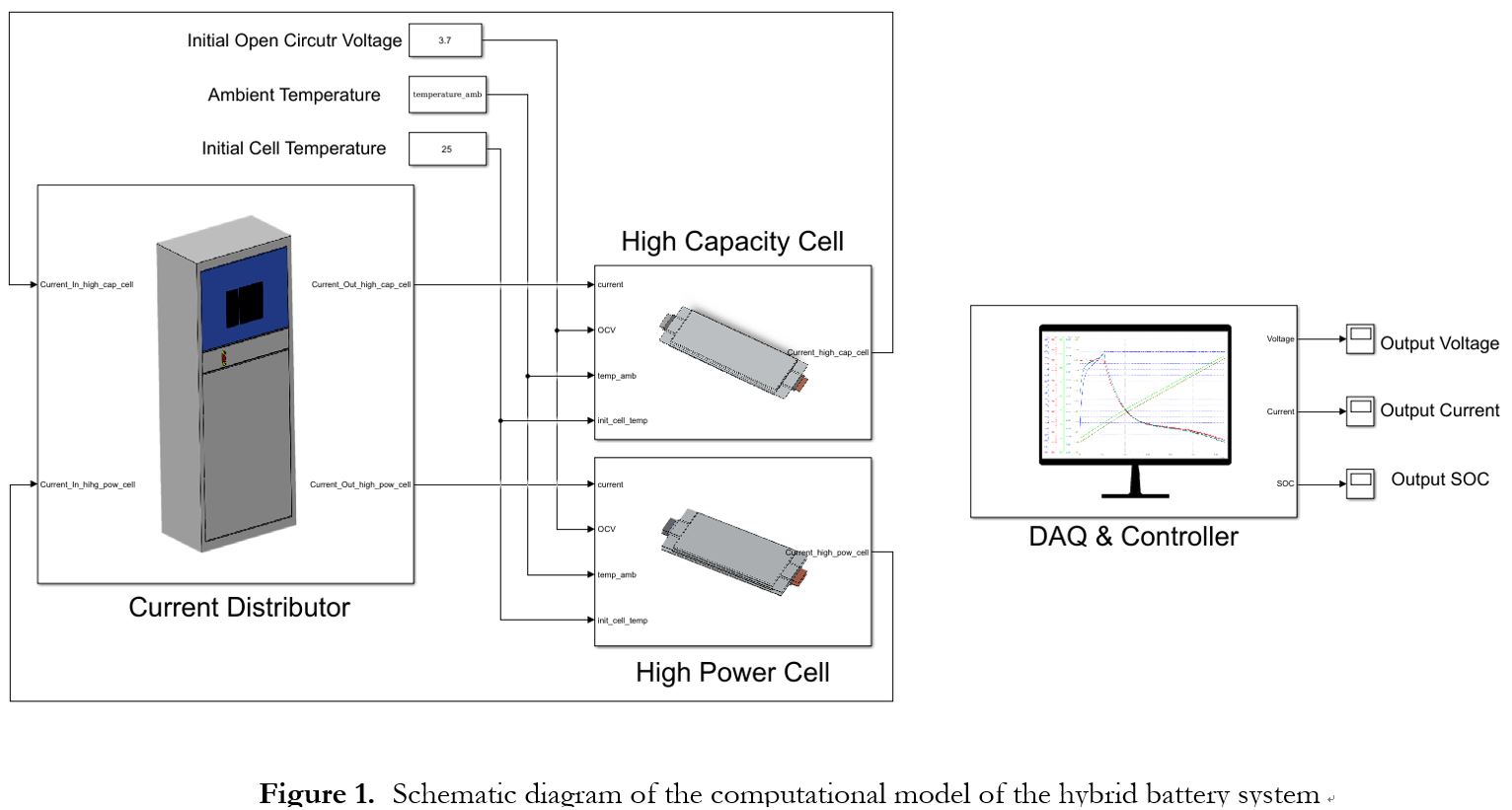