Nickel-rich layered cathode materials such as LiNi0.8Co0.15Al0.05O2 (NCA) and nickel-rich LiNi1-x-yCoxMnyO2 (NMC), where Ni content is ≥0.6 moles can deliver high specific capacities of over 200 mAh g-1. However, the challenges surrounding synthesis of these materials are well documented (2), (3), (4). As nickel content increases the choice of lithium precursor, LiOH.H2O or Li2CO3, can have a dramatic effect on the performance of these cathode materials. 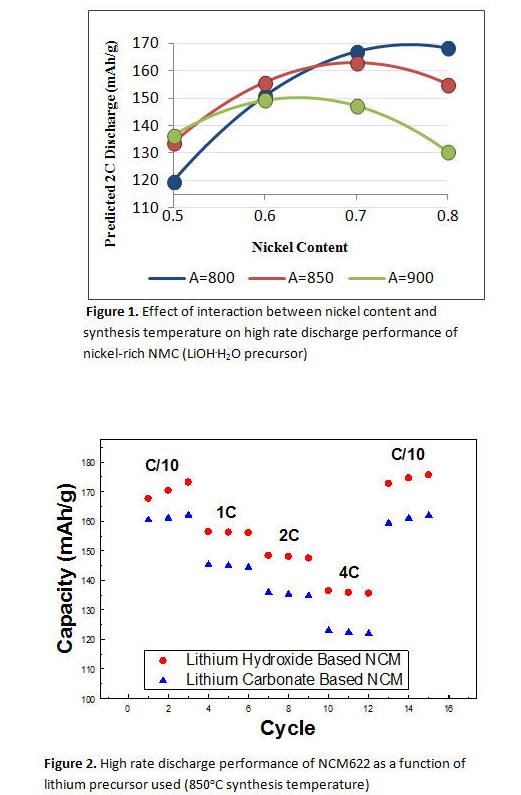